MANILA, Philippines - The nominations for the 10th Korean Music Awards are out and Jay Park, G-Dragon and f(x) have made the list.
The Korean Music Awards will recognize musical talent rather than popularity or album sales. Like in previous years, most of the nominees this year are indie singers and only a few mainstream K-pop singers were recognized.

MANILA, Philippines - The Recording Industry Association of America (RIAA) has just released the year-end tally for its 2012 Gold & Platinum (G&P) Program awards.
Last year, RIAA awarded 155 album and 524 digital single certifications. It said digital music dominated in 2012, an increase of 70 in the last two years that saw 139 digital songs  being certified platinum.
RIAA bestowed the Diamond award on Adele whose "21" album became the first album in 10 years to sell more than 10 million units in less than two years, according to a statement released by the association.

Psy, One Direction Win at NRJ Music Awards in France

MANILA, Philippines - Korean rapper Psy emerged as the biggest winner in France's NRJ Music Awards, taking home three awards.
Boy band One Direction won the International Group of the Year and performed the song "Kiss You."
Psy won the International Song of the Year for "Gangnam Style," edging out Rihanna's "Diamonds," Carly Rae Jepsen's "Call Me Maybe" and Will.i.am's "This Is Love."

Korean boy band Big Bang held their "ALIVE Galaxy Tour: The Final" last Jan. 25 to 27 at the Olympics Gymnastics Hall in Seoul, South Korea as finale to their successful world tour.
Some of the Korean stars who were seen in the audience included 2NE1, Se7en, Girls' Generation and EXO.

MANILA, Philippines - Korean boy band CN Blue debuted at No. 1 on Billboard's World Albums chart with their new album "Re:BLUE."
"Re:BLUE" is the band's fourth mini-album and contains six tracks including the title song "I'm Sorry," "Coffee Shop" and "Where You Are."
This is the first time that CN Blue has topped the chart. Infinite H, a subunit of boy band Infinite, also debuted on the chart, placing at No. 8 with their first album "Fly High" while Girls' Generation's "I Got A Boy" is at No. 10. 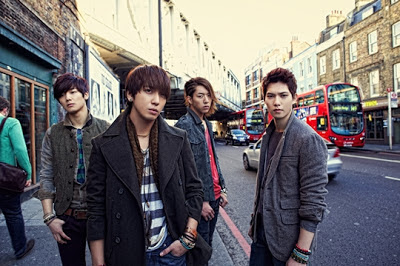 Two Korean actresses are being investigated for the illegal use of the drug propofol, a sedative and anesthetic, which was suspected to be cause of Michael Jackson’s death.
According to Korean media, Jang Mi In Ae and Lee Seung Yeon were identified by Korean prosecutors as the ones who used the drug for non-medical purposes.
“Lee and Jang are among the female celebrities on the lists that the prosecution confiscated in December from seven hospitals in Gangnam-gu, southern Seoul, one of the most affluent districts in Seoul where a number of cosmetic surgery and dermatology clinics are located,” Korea Times reported.
Read more »
at 10:23 PM No comments:

MANILA, Philippines - Jane was early at the Mall of Asia concert grounds last Jan. 19. She was excited that she would finally see her favorite K-pop group, Girls' Generation.
Read more »
at 10:13 PM No comments:

MANILA, Philippines - Korean boy band 2PM will be holding their first ever concert in the Philippines in March.
JYP Entertainment announced that the 2PM Live Tour 2013: "What Time Is It?" will be held on March 2 at the Mall of Asia Arena.
Read more »
at 5:57 PM No comments:

MANILA, Philippines - Music TV network Fuse has come up with its list of the most anticipated albums of 2013 and, of the 44 in the roster, two Korean acts earned the nod.
"Our new years' resolution: Listen to more awesome music. Thankfully, that's already looking like one we can stick to (hitting the gym to work off that holiday weight, not so much) because there are so many huge albums coming out this year," wrote Fuse about its selection of the must-have albums of 2013.

MANILA, Philippines – Psy’s “Gangnam Style” won the Digital Daesang, or Song of the Year, on the second day of the 27th Golden Disk Awards held on Jan. 16 at the Sepang International Circuit in Malaysia.
Read more »
at 9:50 PM No comments:

MANILA, Philippines - Korean boy band Super Junior won the Disk Daesang, or album of the year, on the first day of the 27th Golden Disk Awards held on Jan. 15 at the Sepang International Circuit in Kuala Lumpur, Malaysia.
Super Junior won the grand prize for their sixth album "Sexy, Free & Single." The award was based on album sales and ratings from judges.
Read more »
at 9:40 PM No comments:

MANILA, Philippines - Award-winning Korean actress Park Shin Hye will be holding a fan meeting in Manila in March, marking her first time to visit the Philippines.
The "Park Shin Hye: Manila Fanmeeting 2013" will be held on March 16 at the Star Theater at CCP Complex in Pasay City.
Read more »
at 9:36 PM No comments:

MANILA, Philippines - The Japan concerts of Korean boy bands Big Bang and 2PM were selected as one of the best of 2012 by the Oricon music chart.
Oricon's editor-in-chief recently published a list of the best 11 concerts in Japan which included the boy band's performances.

MANILA, Philippines - Korean singer Go Young Wook was arrested for allegedly sexually molesting a 13-year-old girl.
Go, who was member of the Korean hip hop group Roo'ra, was taken into custody after a Seoul court issued a warrant of arrest against him.

MANILA, Philippines - Korean pop star Rain has been meted out punishment of one-week probation by the Ministry of National Defense following media reports showing that he dated actress Kim Tae-hee.

MANILA, Philippines - Korean rapper Psy's "Gangnam Style" is in the Top 10 biggest selling singles in the US and UK in 2012.
The viral hit sold 3.59 million downloads in the US last year, according to Billboard.

I was at the mall earlier and passed by the Tony Moly branch at Alabang Town Center in Muntinlupa City. 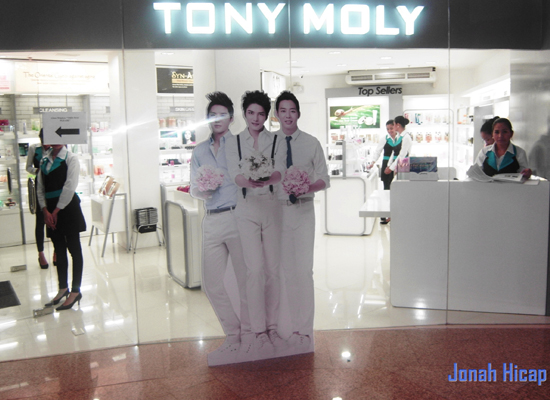 MANILA, Philippines - The seven members of K-pop boy band Block B, which debuted in 2011, have sued their agency, Stardom Entertainment, to annul their exclusive contracts, accusing the company of not paying their income.

Email ThisBlogThis!Share to TwitterShare to FacebookShare to Pinterest
Labels: Block B

MANILA, Philippines - K-pop group Girls' Generation welcomed the new year with a bang by releasing their fourth album "I Got A Boy."

Korean Doll Craft on exhibit at the Podium in Mandaluyong City

The Korean Cultural Center, in cooperation with The Podium, will be launching the Hanji Doll Craft Exhibit on January 9 as part of its efforts to promote Korean culture to the Filipinos. 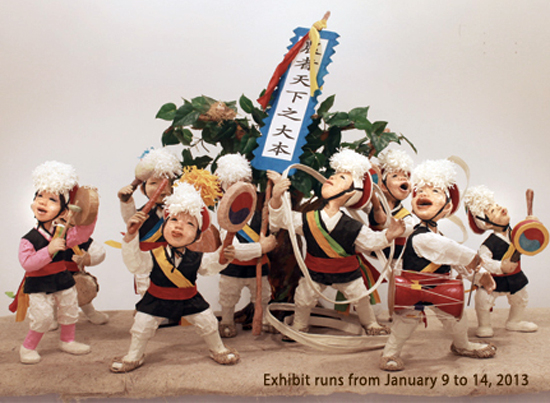 MANILA, Philippines – Hallyu pop star Rain and popular actress Kim Tae Hee have been revealed to be dating, creating a firestorm on Korean Internet portals and forums, and among fans.