MANILA, Philippines - When K-pop boy band 2PM arrived in Manila last March 1, they revealed that their new Korean album will be released soon.

JYP Entertainment, 2PM's agency, has announced 2PM's comeback after two years since the release of the group's last Korean album "Hands Up" in 2011. 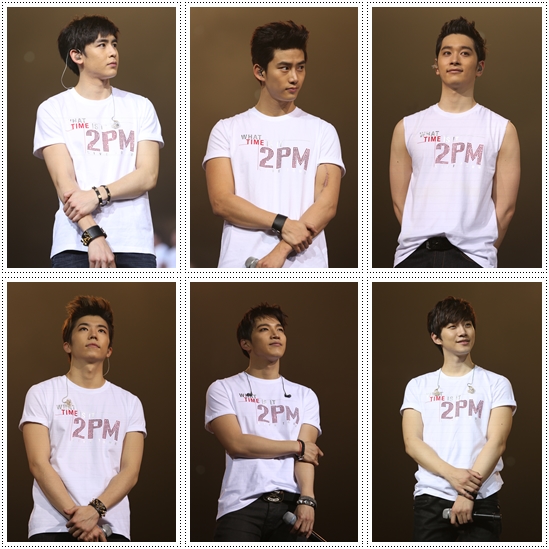 The agency said that on March 25, a comeback trailer will be shown on 2PM's official YouTube channel and on Naver.com. In addition, the trailer will also be played in 300 theaters in Korea including in Megabox movie theaters.

The trailer will also be shown on billboards at New York Times Square and Piccadilly in London. On 2PM's official website, an photo was uploaded with the words "2PM: 2013.03.25" referring to the upcoming teaser.

JYPE said this will be 2PM"s biggest project. 2PM's comeback will reportedly be in the last week of April.

In the last two years, 2PM focused on their promotions in Japan and Asian tour. 2PM's comeback in Korea is widely anticipated by fans.

2PM visited Manila and held their "What Time Is It" concert last March 2.

During their press conference at Manila Hotel, Taecyeon said, "We still have our upcoming Korean album to be released very soon. Be prepared for your mind to be blown."

He said fans should "expect great things" this year from 2PM.
At the exclusive session with Manila Bulletin and five other media outlets, Taecyeon said they were preparing the songs for the album.

"We're actually preparing. We're gathering the songs and from the looks of it, it's gonna be dynamic, different from before. It seems like we have upgraded our levels as not just idols but more like matured men, artists," he said.

He added that the new Korean album will be different from their previous album.

"It's gonna be somewhat different feel from what we usually gave before. It's gonna be easy to understand, we'll gonna get right to the point where it's like you hear it, you exactly know 'Oh, this song is good.' Soon," he added.

Link to my original article on Manila Bulletin online:
http://www.mb.com.ph/article.php?aid=4725&sid=4&subid=26#.UVAiuhxmiSo

Email me at sangchusan(at)gmail.com
at 6:20 PM

Email ThisBlogThis!Share to TwitterShare to FacebookShare to Pinterest
Labels: 2PM