The Korean Cultural Center in the Philippines and the Korea Tourism Organization Manila Office will be awarding an all-expense paid trip to Korea for the winner of the upcoming 2013 Korean Speech Contest on April 27. 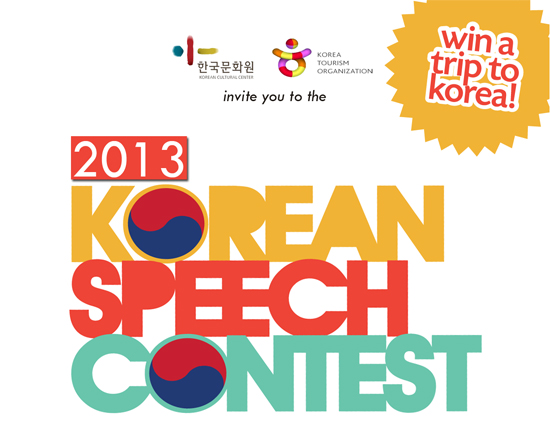 The speech contest, held annually by the Korean Cultural Center, hopes to provide an avenue for the Korean language learners to exercise their knowledge on the said language. The topics for the said contest will serve as a gauge on the learners’ understanding on the Korean culture.

The contestants will be delivering their personally-written speeches on any of the three topics namely their impression on Korean Culture, what they want the Koreans to know about the Philippines and their Korean experience. The topics were selected on grounds that would enable the participants to draw from their personal thoughts and knowledge regarding the cultures of the two countries. 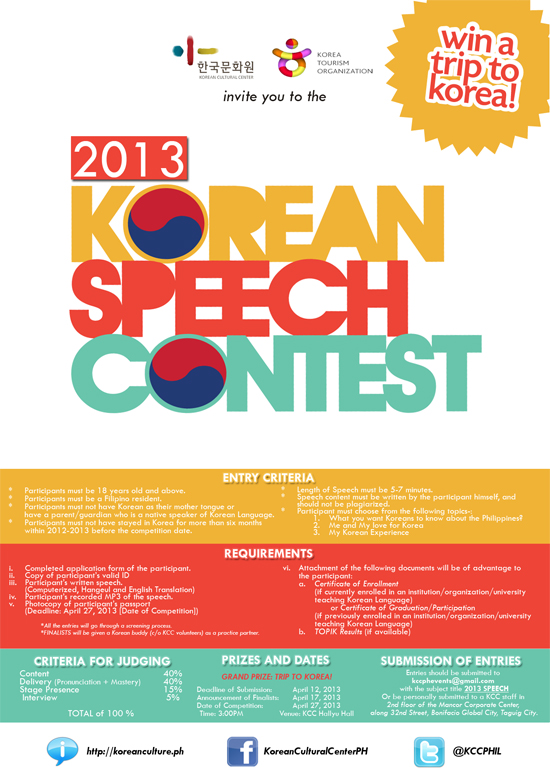 Selected Korean panelists will be screening the speeches sent in by the applicants and the chosen finalists will be given their respective Korean buddies who will help them improve speech grammar and practice pronunciations.

The contestants will be judged according to the originality of their ideas, content value and speech structure as well as mastery of the language according to their levels. Also, the stage presence of the participants will be taken into account for the overall score.
The deadline of the application is on April 12 and the announcements of finalists will be on April 17. The guidelines and application forms can be found on the Center’s official website.

For queries, please contact the Korean Cultural Center at 555-1711 or email events@koreanculture.ph. The form can be downloaded from koreanculture.ph