Last March 13, I received an email from the Seoul Metropolitan Government informing me that I have been chosen as one of the Exemplary Global Seoul Mates of 2012. 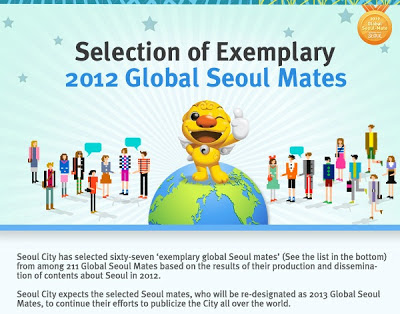 
I became a Global Seoul Mate last year and have been enjoying my role in promoting Seoul-related contents on this blog, Twitter, Facebook and YouTube.
I thank Seoul City for this commendation and I'm excited to continue my role as 2013 Global Seoul Mate.