The actress, who recently starred in the drama "IRIS 2: New Generation," was interviewed on Mnet's "Wide Entertainment News" where she admitted that she had work done on her face. 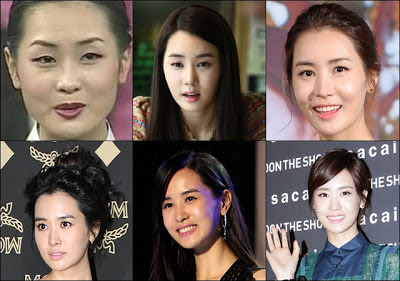 "I was originally fat. I had some remodeling," she said.

Lee Da Hae was suspected of undergoing plastic surgery because of her changing appearance in the past few years.

It pointed out that Lee Da Hae had the most obvious works done to her face. The site compared Lee Da Hae’s childhood photos, her winning the Miss Chun Hyang beauty pageant in 2001 to her recent photos.

In 2010, people were surprised about Lee Da Hae’s altered face when she appeared on a promotional video for the Korea Tourism Organization.

An article last year on CNN Travel called South Korea as the "plastic surgery capital of the world" with medical tourism becoming popular in the country.
Lee Da Hae debuted in the Korean entertainment industry in 2002. Her memorable dramas include "My Girl," "Green Rose," "The Slave Hunters" and "Miss Ripley."

In 2010, Lee Da Hae got the ire of Filipinos when a video of her making fun of Filipino teachers' English accent was uploaded on YouTube.

On a KBS TV program, Lee tried to impress the program host and other celebrities present with her supposed skill in the English language.
After imitating American and British accents, Lee made fun of Filipinos and showed her version of Filipino teachers’ English accent.

Filipino netizens slammed the actress for being racist.

Lee Da Hae posted an apology to Filipinos on Twitter but denied she made fun of Filipino teachers' English accent.

“First I'd like to give you my sincere apologies for what seems to be a misunderstanding. It has come to my attention that many of you from the Philippines have posted comments protesting that I was being derisive by mimicking Filipinos when they speak English,” Lee said.

Lee claimed, “In spite of what many people believe, I myself did NOT mention anything about the Philippines or Filipino accent whilst on the TV show.”

However, the video belied her claim, which showed program host Shin Dong Yup asking Lee to mimic the English accent of Filipino teachers, even saying the word “Philippine."

Link to my original article on Manila Bulletin online:
http://www.mb.com.ph/article.php?aid=10829&sid=4&subid=26#.UaDVLEBmiSo

Email me at sangchusan(at)gmail.com
at 3:23 PM