By JONATHAN HICAP, Manila Bulletin
K-pop idol groups Super Junior, Girls’ Generation and Red Velvet will be coming to Manila in April for a concert.
Dubbed “Best of Best in Manila,” the concert will be held on April 12 at the Philippine Arena in Bocaue, Bulacan. 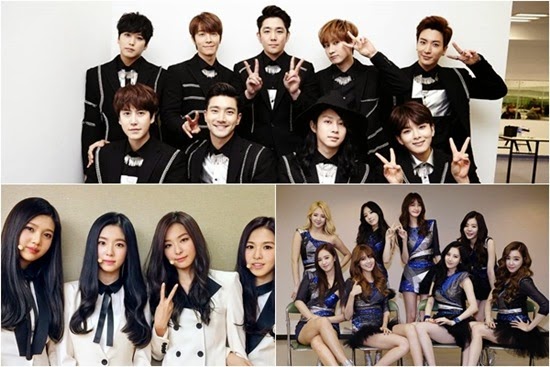 “We are going to meet our Filipino fans,” Super Junior’s Eunhyuk and Donghae said in a video message posted on the concert’s official Facebook page.
They added, “We really can’t wait for it. I missed you guys so much.”
“It’s been a long time since Super Junior went to the Philippines,” they said.
Girls’ Generation’s Taeyeon, Tiffany and Seohyun also announced they’re coming to Manila for the concert.
“Girls’ Generation is going to meet our Filipino fans. We have prepared a lot and will be presenting you our best performance in the concert,” they said in the video.
This will be the first Manila visit of Red Velvet, composed of four members, which made their debut last August.
Tickets to the concert will be sold starting March 6.
The organizers said shuttle service to and from the Philippine Arena will be provided with minimal charge.
Read more at http://www.mb.com.ph/best-of-best-concert-to-feature-super-junior-girls-generation/#RBOFB2yCSbR284Ao.99

To contact the author, send email to sangchusan(at)gmail.com
at 10:27 PM