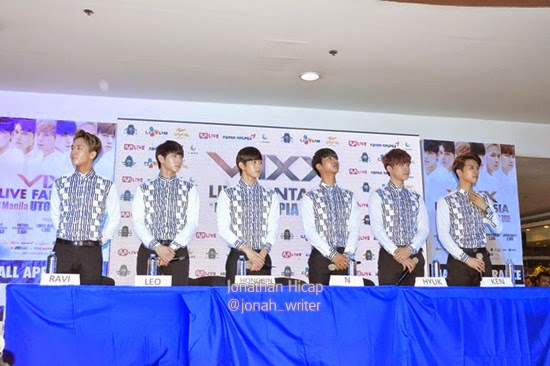 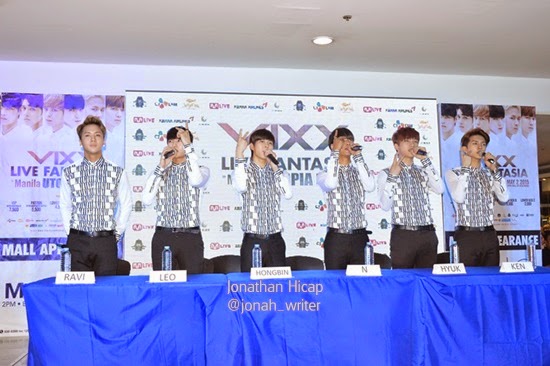 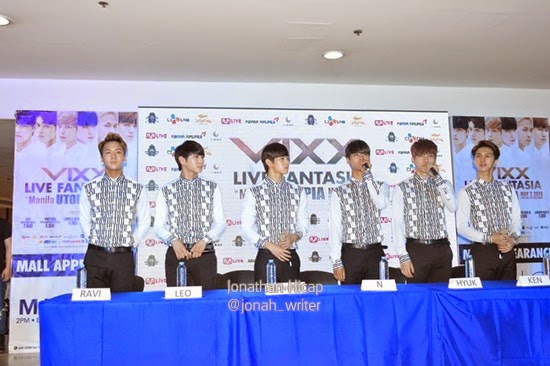 VIXX’s N, Ken, Ravi, Hyuk, Hongbin and Leo dazzled the audience with their dancing and singing skills in addition to providing “fan service.”
Against a backdrop of a huge LED wall, VIXX started the concert with their 2013 hit “On and On,” followed by “Voodoo Doll,” “Light up the Darkness” and “Secret Night.”
“Philippines, good to see you all,” Ravi greeted the audience, before they introduced themselves to their fans, collectively called Starlight, in Tagalog.
“Ako ang bunso,” Hyuk told the audience while Ken said, “Mahal ko kayo.”
Ravi said his heart was beating fast, “maybe because it’s our first time here, hope everyone is having fun tonight with us.”
VIXX, a product of the Mnet reality TV show “Mydol,” debuted in May 2012. The boy band has been doing concert tours in Europe, Asia and the US since 2013.
The Manila concert also showcased the individual talents of VIXX in their solo spots.
Ken sang Adele’s “Rolling in the Deep,” Ravi rapped “Ghost” and N danced while blindfolded. Leo performed a song while Hongbin had a solo dance number.
Hyuk performed “Call You Mine,” which was originally sung by a Filipino-Am singer and songwriter Jeff Bernat. The song was used in the Korean drama “You Are My Destiny” and helped Bernat become popular in South Korea.
The two-hour concert, organized by Pulp Live World, also saw VIXX performing “Sad Ending,” “Say U Say Me,” Rock Ur Body,” “Love Letter,” “Someday,” “Hyde,” “Beautiful Killer,” “Eternity,” “Error,” “Love Equation,” “My Girl From Today” and “G.R.8.U.” as encore.
The members also had the audience screaming and laughing when some of them busted out some sexy dance moves.
A day before the concert, VIXX held a press conference at SM City Fairview where they talked about their career and music.
Bulletin Entertainment asked VIXX what they knew about the Philippines before coming to the country. “Manila Bay is famous for its sunset and I want to visit Manila Bay,” N said.
Discussing career plans this year, Hongbin said it’s their first time in the Philippines and they want to continue doing concerts in other countries as well. 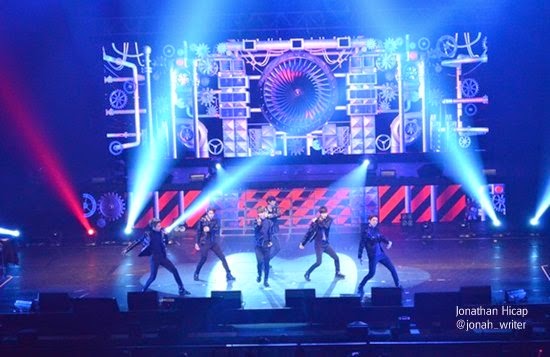 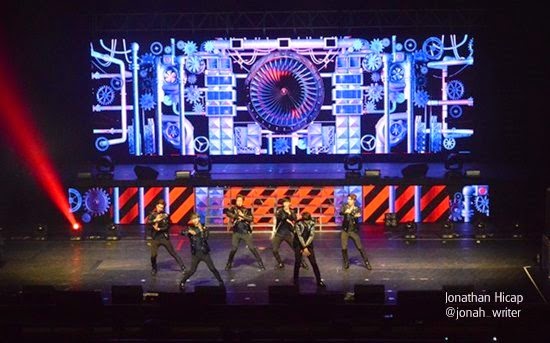 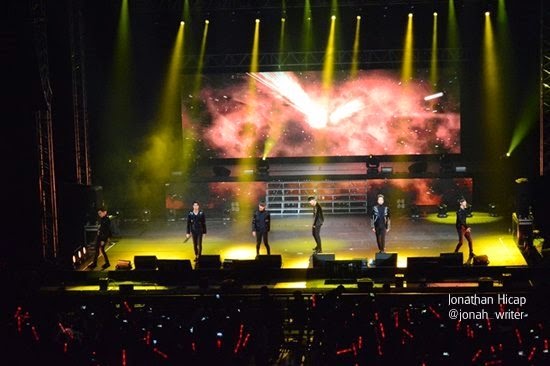 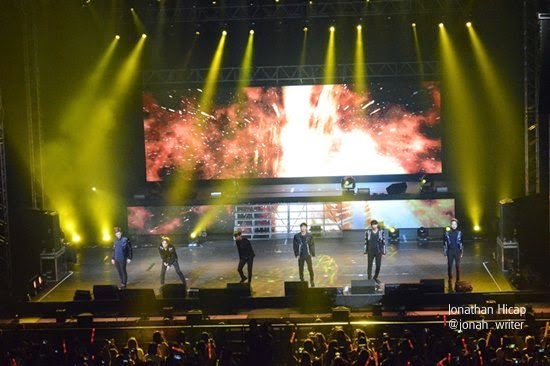 With the VIXX fans having so much fun, Hongbin said, “Tonight’s concert was able to happen because of your support. We will continue to do our best to respond to your love and support.”
Other members also thanked their Filipino fans for their support before performing their last song.
Leo said, “We will always be next to you so please stay with us for long.”
“Thank you for supporting us and please stay beside us always. Thank you Starlight,” Ken told the fans.
Hyuk and N also expressed their appreciation to their many Filipino fans with separate “thank you” spiels.

Read more at http://www.mb.com.ph/vixx-shines-in-manila-concert-debut/#fZhJMffxOoRM3BKU.99
To contact the author, send email to sangchusan(at)gmail.com
at 11:18 PM

Email ThisBlogThis!Share to TwitterShare to FacebookShare to Pinterest
Labels: VIXX
Jonah
A little soul trying to earn a living by doing it right