Pop star and actor Kris Wu, former member of K-pop boy band EXO, has scored another coup by gracing the cover of Vogue China magazine with model and reality TV star Kendall Jenner.
The magazine unveiled its cover for the July issue and it features Kris and Jenner.

“RED ALERT: Icons of the new generation, Chinese pop sensation Kris Wu and @galaxy_fanfan and @kendalljenner star on the cover of our July issue,” Vogue China announced on Instagram, adding that it was shot by Mario Testino. 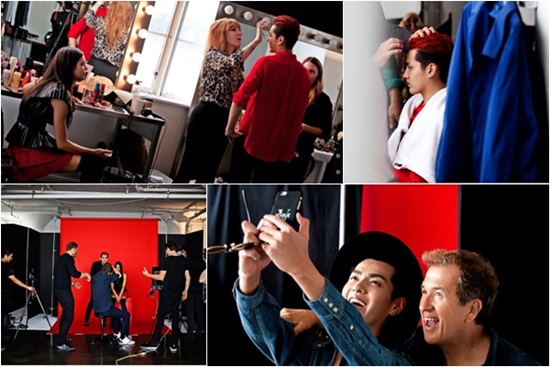 It was reported that this is the first time that a male celebrity graced Vogue China’s cover.
Kris graced the cover of Harper’s Bazaar China with actress Xu Jinglei last February.
Last month, Kris Wu attended the prestigious Met Gala in New York City, a major fundraising event for the Metropolitan Museum of Art’s The Costume Institute, now known as the Anna Wintour Costume Center. Also attending were Korean pop star Rain and Fan BingBing.
Kris’ next project is the movie “Legend of Ravaging Dynasties (L.O.R.D)” with actress Fan BingBing which will be released next year.


He previously starred in the movie “Somewhere We Only Know” released last February.
To contact the author, send email to sangchusan(at)gmail.com
at 1:48 PM