By JONATHAN HICAP, Manila Bulletin
2NE1′s Manila concert slated tonight at the Mall of Asia Arena falls on the same date as their debut performance five years ago on SBS “Inkigayo.”
The group members are thrilled with the coincidence. 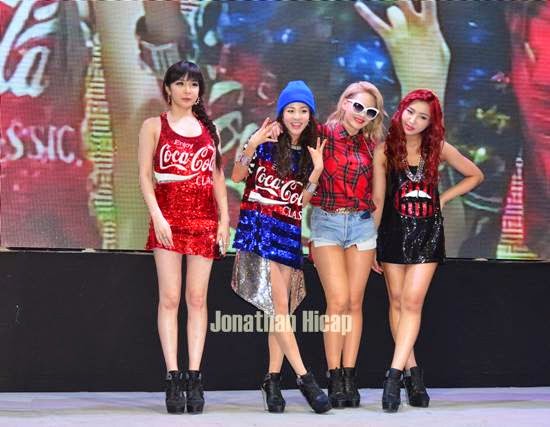 “Masaya kami na dito kami magse-celebrate ng fifth year anniversary,” said Dara, one-fourth of the group that also includes CL, Park Bom and Minzy.
The girls made an appearance at the Shangri-La Plaza East Atrium on Friday. They were welcomed by media as with a huge throng of screaming fans.
CL greeted the crowd with, “Mahal ko kayo (I love you).’”
She revealed that among other songs, they will be performing “Come Back Home,” one of the title tracks of 2NE1′s new album “Crush,” at their Manila concert.
When asked to name a favorite moment since their public debut, CL answered, “Right now.”
Dara, for her part, shared how much she missed her Filipino fans.
“Na-miss ko kayo sobra. Ang init ng weather. Ang init ng pag-welcome nyo sa amin. Maraming salamat. Ito ang hinintay ko talaga,” she said.
Dara shared what she thinks sets them apart from other girl groups.
“Unique kami dahil sa music namin. At dahil sa mga Blackjacks (group fan base),” she said.
The girls were then asked to pick their favorite cuts from “Crush.” 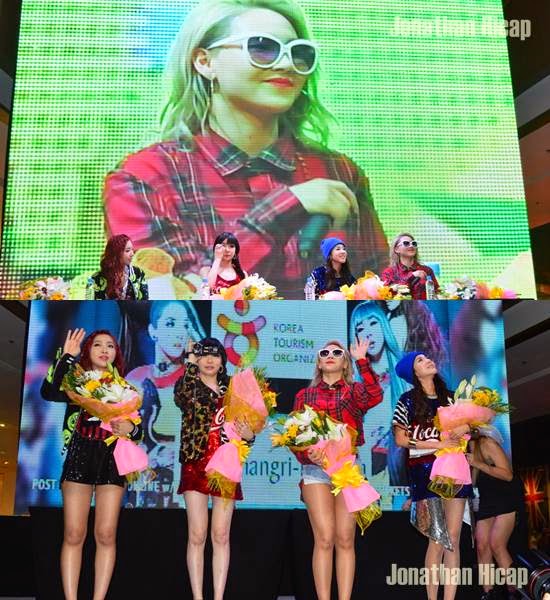 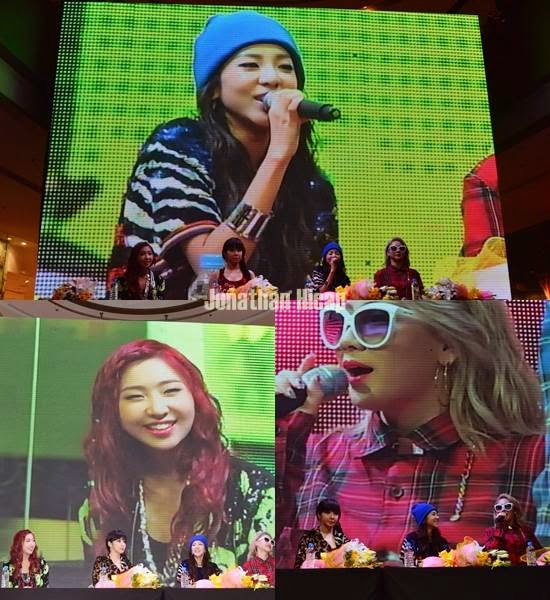 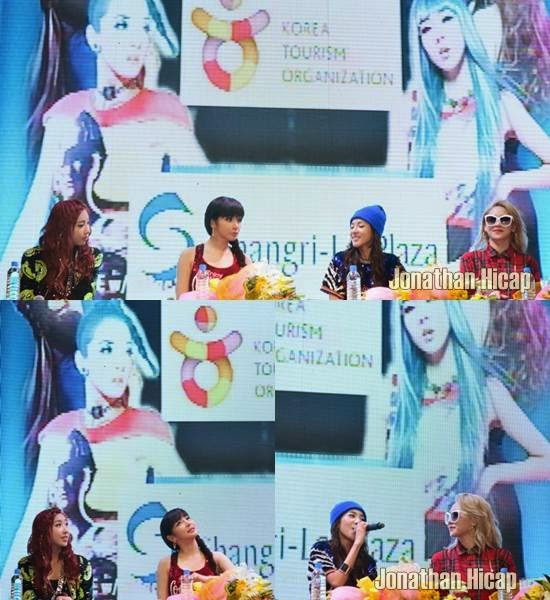 Minzy likes the title track, while Park Bom picked “If I Were You” noting, “CL made that song.”
Asked how do they feel about being role models, CL said, “You know what they say, ‘Girls just wanna have fun.’ So I hope we could just enjoy music together and have fun.”
At the event, the girls were presented with trophies as winners of past Philippine K-pop Awards organized by the Philippine K-pop Committee.
2NE1 won as best female artist/group, while Sandara and CL won as hottest female artists.
“It’s unbelievable, to be honest. Thank you so much,” CL said.
Sandara thanked the fans for their overwhelming support.
“Maraming salamat sa suporta nyo sa amin. Sana gabi-gabi balik kami dito every week,” she said.
After the concert, the girls will be attending the K-pop Charity Ball to be held at Solaire Resort and Casino grand ballroom.
2NE1′s “All Or Nothing” World Tour 2014 in Manila is powered by PULP Live World.
Link to my original article on Manila Bulletin online:
http://www.mb.com.ph/2ne1-celebrate-5th-anniversary-in-manila/

To contact the author, send email to sangchusan(at)gmail.com
at 3:58 PM