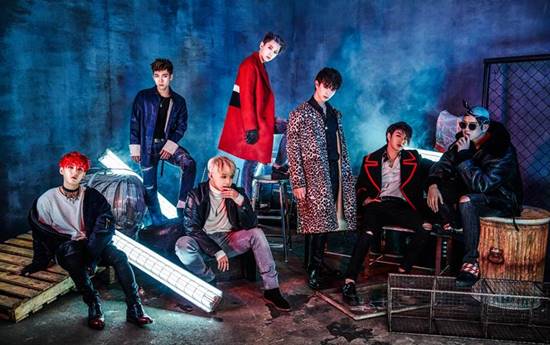 The seven-member group — composed of Eunkwang, Changsub, Minhyuk, Hyunsik, Ilhoon, Peniel, and Sungjae — will hold their show on January 7, 2017 at The Theatre of the Solaire Hotel and Casino in Paranaque City.
“BTOB is coming to the Philippines for our first solo fan meeting. We have been to the Philippines before and had K-pop concerts with other artists,” Eunkwang said in a video message. “Finally due to your love and support, we will have our solo fan meeting.”
BTOB, which debuted in the music scene in 2012, released their latest album “New Men” last November containing seven tracks including the title song Pray (I’ll Be Your Man).
The two-hour show will see BTOB members perform their songs and interact with fans through games and chats.
“We will bring you great performance,” Eunkwang added.
Fans buying VVIP and VIP tickets will have receive signed CDs and have a high-five and group photo with BTOB.
This will be the third time that BTOB will be visiting the country.
BTOB performed during the Dream K-pop Fantasy Concert 2 in 2014 together with Super Junior M, BAP, Block B, A-JAX and A Prince.
They returned to the Philippines in 2015 for the Best of Best Concert, along with Girls’ Generation, Red Velvet and Super Junior.
Read more at http://entertainment.mb.com.ph/2016/12/21/btob-to-hold-first-manila-fan-meeting-in-january/
at 10:45 AM

Email ThisBlogThis!Share to TwitterShare to FacebookShare to Pinterest
Labels: BTOB