Three soldiers in their 20s in North Korea were reportedly arrested by authorities after they were caught dancing to the choreography of a hit song by K-pop boy band BTS. 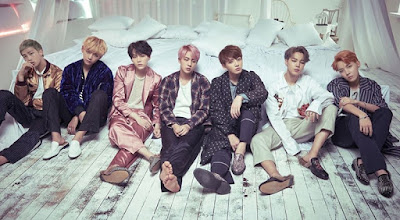 Daily NK, a Seoul-based news website dedicated to anything about North Korea, reported on Aug. 11 that the three North Korean soldiers were nabbed while on tour at Baekdu Mountain, which borders North Korea and China.

They are awaiting punishment for dancing to the choreography of the BTS hit song “Blood Sweat & Tears,” a song released as part of the boy band’s album “Wings” in 2016. The song’s music video has so far garnered 613 million views on YouTube.

The report stated that the incident happened at Sokhu Station in South Hamgyeong Province, North Korea on the night of Aug. 5.  The train from Pyongyang to Hyesan suddenly stopped due to power outage and as entertainment, the three soldiers danced to the steps of the BTS song.

As a result, they were dragged away by a security platoon because "they imitated the decadent South Korean dance on the way to learning the revolutionary spirit of the ancestors." The three soldiers, who were exemplary in service and training, were branded as having a “completely rotten state of mind,” the report added.

During the investigation, the soldiers said that they didn’t know that it was a South Korean dance and added that they only learned it in the unit and they just copied it because it was very popular in North Korean society.

Question was also raised on how the military officers accurately identified the South Korean singer and the song “Blood Sweat & Tears” just by looking at the soldiers’ movements. The report stated that there is a specialized department in North Korea that watches external videos for three hours a week.

North Korea has banned its citizens from viewing or listening to South Korean cultural products including Korean dramas and K-pop songs, which have grown to be popular in the North.

A report by Korean channel KBS World in July 2019 quoted North Korean defector and Daily NK reporter Kang Mi-jin as saying that South Korean movies entered North Korea in the 2000s. K-pop songs are described in North Korea as “delinquent styles” and the “yellow dust of capitalism” and in the past, those caught were sent to jail and sentenced to death or life imprisonment.

To contact the author, send email to sangchusan(at)gmail.com
at 6:24 AM