MANILA, Philippines – K-pop girl band 2NE1 has officially released the music video of the English version of their hit song “Can’t Nobody.” 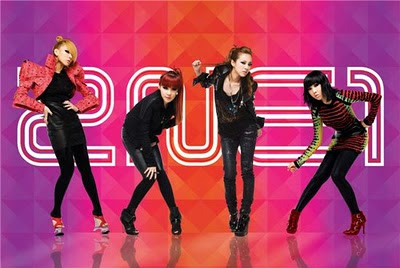 YG Entertainment, 2NE1’s Korean agency, uploaded the video on the official 2NE1 channel on YouTube yesterday. It has garnered 122,860 views overnight, and earned praise from fans who watched it on the video-sharing site.

One commented that “the English version is better than the original (Korean version),” while the rest were greetings and fans suggestions of songs for possible English release.
This is the first time that 2NE1 has released a full-English song and it might have been a test to see how fans will receive 2NE1 if the group releases more English songs in the future. It may also be related to 2NE1’s plans to expand and enter the US market.
The original Korean version of “Can’t Nobody” is a cut from 2NE1’s first full length album, “To Anyone,” which was released in September last year.
2NE1 members Sandara Park, CL, Bom and Minzy recently attended a motor show and fan meeting set up by motorbike company Yamaha in Thailand.  The group is busy preparing for their comeback album; and on June 4, 2NE1 will hold their Manila concert at the Araneta Coliseum.
Meanwhile, fans of boy band Super Junior got worried when it was reported that Kyuhyun, one of the main vocalists of the group, got in a car accident yesterday morning on his way to perform in the the musical “The Three Musketeers.”
According to Korean media, Kyuhyun was driving at around 5AM along Honam Expressway in Jeongeup in North Jeolla province in South Korea when the accident occurred.
Two versions of the accident were reported by the media. One was that Kyuhyun was changing lanes when he hit a truck. Another was that the truck hit Kyuhyun’s car instead.
Kyuhyun suffered bruises on his arms and legs and was taken to a hospital for treatment. As such, he was unable to perform as d’Artagnan, his character in the “Three Musketeers” musical held on April 8 at the Gwangju Culture and Art Center in South Jeolla province. He was replaced by actor Uhm Ki Joon.
After the accident, Kyuhyun tweeted “I’m sorry. I’m sorry” to his fans who were all worried and who flooded his Twitter account with get-well-soon messages.
The accident brought back memories to fans who remembered Kyuhyun’s serious car accident in 2007 together with other Super Junior members, which also happened in April.
Kyuhyun had been in a van together with Super Junior members Eunhyuk, Shindong and leader Leeteuk and managers when their car flipped. Kyuhyun suffered the most injuries including broken ribs and fractured hip. He fully recovered after several months. (Manila Bulletin, April 10, 2011)
at 12:52 PM