EXO to return with new mini-album

By JONATHAN HICAP, Manila Bulletin
Popular Korean boy band EXO will be making a comeback this month with a single dubbed “Overdose,” a hip-hop and R&B-tinged dance song written by The Underdogs.
According to SM Entertainment, this will be followed by the release of a new mini-album. 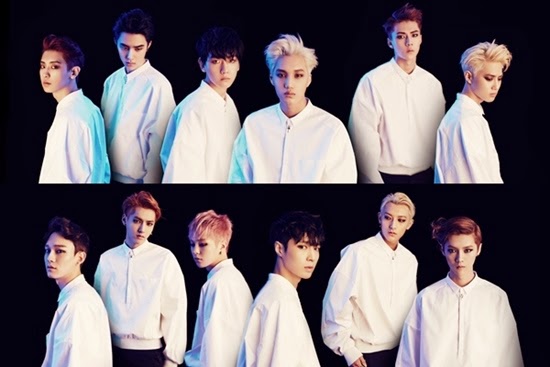 The group will perform “Overdose” for the first time at the “EXO Comeback Show” on April 15 at the Seoul Jamsil Indoor Gymnasium.
The show is to coincide with the launch of Samsung Music, a new online music service that Samsung Electronics is offering via its Galaxy smartphones.
To promote the upcoming album in Korea and China, EXO will be divided into subunits EXO-K and EXO-M.
EXO is also scheduled to visit Japan on April 11 to 13.
In addition, EXO will hold their first concert “EXO from EXO Planet #1:The Lost Planet,” on May 24 and 25 at the Seoul Olympic Gymnastics Stadium.
The group will also visit other Asian countries.
EXO was recently seen performing their hit songs “Wolf” and “Growl,” at Jackie Chan’s 60th birthday celebration held at the Beijing Worker’s Gymnasium in Beijing, China.
EXO’s Chen also performed a duet number with Zhang Li Yin of SM The Ballad at the event.
Also seen at the concert were boy band JJCC, Kim Hee Sun, Super Junior’s Siwon, Jay Chou, Nicholas Tse and Coco Lee.
Link to my original article on Manila Bulletin online:
http://www.mb.com.ph/exo-to-return-with-new-mini-album/

To contact the author, send email to sangchusan(at)gmail.com
at 2:35 PM

Email ThisBlogThis!Share to TwitterShare to FacebookShare to Pinterest
Labels: EXO