T-ara to hold first ever concert in the Philippines

By JONATHAN HICAP, Manila Bulletin
K-pop Girl group T-ara will make its first-ever visit to the Philippines for a concert, as they announced via their official Facebook page.
The visit, which is tentatively scheduled around “June-July,” is part of their 2014 tour dubbed the “Kingdom Under Fire 2 Joint Concert.” 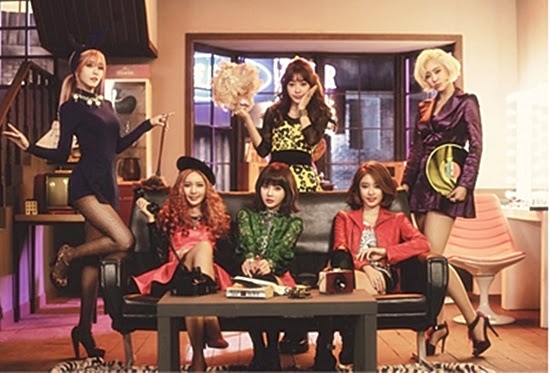 “Kingdom Under Fire II” is a video game created by Korean game publisher and developer Blueside that will be launched this month.
Apart from the Philippines, T-ara will also be making stops in Indonesia, among other Southeast Asian countries.
“Hope you’re excited,” said the group said of their planned visit.
The group debuted in 2009. Its members are Jiyeon, Hyomin, Boram, Qri, Soyeon and Eunjung.
After releasing “Absolute First Album” in 2009, they released the mini-albums “Temptastic” and “John Travolta Wannabe” in 2010; “Black Eyes” in 2011; “Day By Day” in 2012; and “Again” in 2013.
Jiyeon will be releasing her solo single soon, the first in the group to do so.
Hyomin follows with her own solo effort right after.
Jiyeon’s upcoming single was written by Duble Sidekick. Hyomin’s song, on the other hand, was written by Brave Brothers.
Jiyeon will start promoting her single on April 30.
T-ara will be releasing their new Japanese album “Gossip Girls” in May.

Link to my original article on Manila Bulletin online:
http://www.mb.com.ph/t-ara-to-hold-first-ever-concert-in-ph/

To contact the author, send email to sangchusan(at)gmail.com
at 2:24 PM