Seven-member K-pop boy band BTS drew a full house at the Mall of Asia Arena when they held a concert there over the weekend. 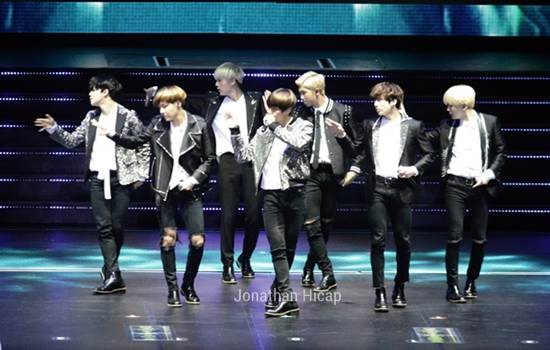 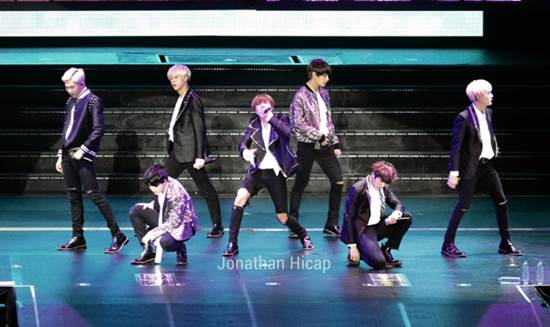 Delighted with the turnout, the group praised Filipino fans, saying, “Kayo ang the best.”
The concert titled “The Most Beautiful Moment In Life On Stage: Epilogue” showcased the dancing and singing talents of BTS or Bangtan Boys’ members Jungkook, Rap Monster, Jimin, J-Hope, V, Suga, and Jin. Opening the show with the songs “Run” and “Danger,” BTS performed to loud cheers from enthusiastic fans waving BTS light sticks.
The boys tried their best to communicate with the audience in Filipino. V, aka Taehyung, asked, “Kilala n’yo ba ako?”
After introducing themselves, BTS performed a huge swathe of songs from their hit-laden collection of albums. These include “Dead Leaves,” “Tomorrow,” “Butterfly,” “Love Is Not Over” and “House Of Cards.”
During “I Need U,” their last song, Pinoy fans led by BTS PH Union, an alliance of 19 Filipino BTS fan bases, held aloft banners that read “Let’s be together forever.”
A quick survey of the crowd revealed a smattering of foreign nationals including Singaporeans and South Koreans. 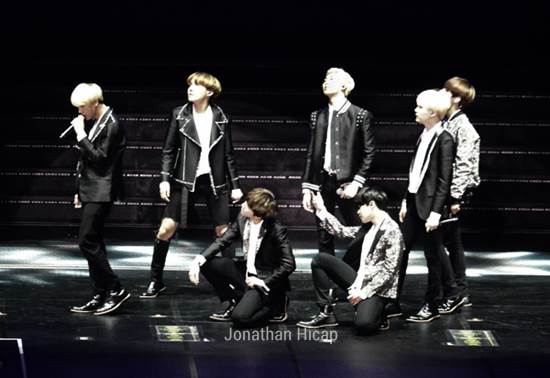 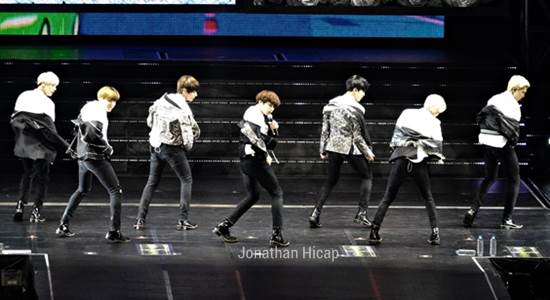 BTS members were evidently happy with the welcome afforded them.
“It was a great, great time to be with you all. I won’t forget this moment with you. Buong buhay ko ang Army,” said Jin, referring to the group’s fans.
Jimin added, “Next time let’s have more fun, okay? Magkita tayo ulit.”
“Mahal ko ang Manila! Thank you talaga,” Suga expressed.
Jungkook shared, “I’m very happy to spend time with you in Manila. I will not forget the time we had today. Thank you. Mahal ko kayo.”
“I enjoyed the show so much. It is awesome,” attested V.
J-Hope maintained, “I’m so happy. Till we meet again.”
“The Most Beautiful Moment In Life On Stage: Epilogue” was presented by Big Hit Entertainment, Globe and Pulp Live World. (Jonathan Hicap)