MANILA, Philippines -- The first-ever “high-five” experience in the country happens when Kim Hyun Joong visits the country in The Hi-Five Touch Event on Aug. 25 at the TriNoma Activity Center to promote his brand new album “Break down,” distributed by PolyEast Records. 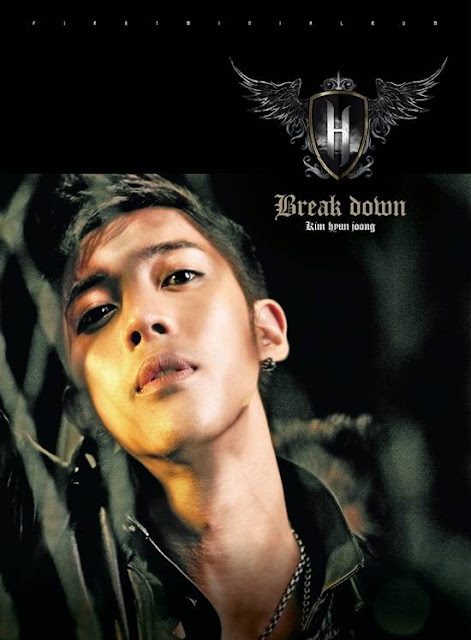 All music fans have to do is buy a copy of “Break down” at the event through Astroplus after which a special lotte card will be issued and exchanged for a High 5 touch pass issued by TriNoma. Note that there will be no ticket selling, no autograph signing, no meet & greet nor picture-taking but just a simple “gimme me five” up-close and personal moment with Kim Hyun Joong.
Kim Hyun Joong debuts with the album “Break down” as he displays a different persona compared to his SS501 days. Hyun Joong has taken the most generic route out of all the SS501 member's solo activities—typical synthesizer instrumentals, heavy beats and catchy choruses as well as bubblegum pop.
After rounding up his tour both in the US and South Korea, Kim Hyun Joong hit back the studio and recorded this mini-album with KAT-TUN producer Steven Lee.
Kim Hyun Joong’s involvement in making the album together with Japanese group V6 and Lee allowed him to reveal his talent as a solo artist. “Break Down” consists of six songs, with one instrumental version of the title track.
The title track is a powerful synthesized song with an urban style which features the stylish rapping of South Korea’s Double K; and Ken Lewis (Eminem, Kanye West, Usher and John Legend) as the single’s producer. The music video for "Break Down" was simultaneously released with the single’s digital release.
Marking his comeback to the music scene, the album also features the previously released single “Please” in which Kim Hyun Joong portrayed a different and mature image in his music video. Other album highlights include “Intro (Let Me Go)” which opens with a magnificent pipe organ melody. Also in the album is the song “Kiss Kiss,” another pop/dance song interestingly accompanied with an acoustic guitar, as well as the dance-y, “Yes I Will.”
Aside from the Philippines, “Break Down” will also be released in South Korea, Mainland China, Taiwan, Hong Kong, Thailand, Singapore and Malaysia.
Kim Hyun Joong’s solo mini-album “Break Down” is available at all record bars nationwide exclusively distributed by PolyEast Records in cooperation with KeyEast Entertainment and CJ E&M Korea. Special thanks to TriNoma, Edsa Shangri-La, The Black Fleet, Astroplus, Sparkling, MYX, and Manila Bulletin.
http://www.mb.com.ph/articles/330739/kim-hyun-joong-live-trinoma-aug-25
at 6:25 PM