MANILA, Philippines – It’s official: Philippine clothing brand BENCH has signed up Siwon and Donghae, members of popular K-pop boy band Super Junior, as its latest endorsers, seen as a move to capture the growing K-pop fan base in the country. 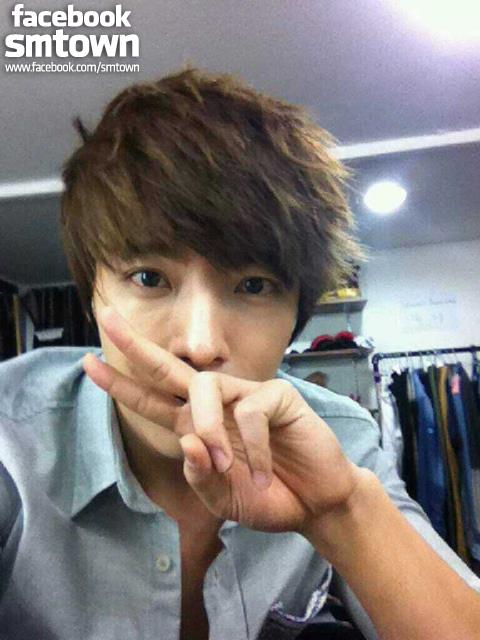 “ITS OFFICIAL!!! @siwon407 & @donghae861015 are the new members ofthe @benchtm family!  #BenchGoesKpop #BenchTwitterParty  #Bench25Years,” Bench announced on Twitter and Facebook.
Ben Chan, founder of BENCH, tweeted that they’re in Seoul, South Korea for the photoshoot of Siwon and Donghae for BENCH.
“Bench loves Dong Hae and SiWon! Amazing shoot day in Seoul today. Done with shoot! #SiHaeLovesBench just left the room & am looking at their photos! Watch out for their billboards w/ @benchtm soon!” he posted on Twitter.
SM Town posted a photo of Donghae during the BENCH photoshoot in Seoul.
The good news was certainly welcomed by Super Junior fans in the Philippines especially Super Junior United Philippines (SJUPH), the local fan club of the boy band, whose members also relentlessly campaigned for one year to convince BENCH to sign up Super Junior as endorsers.
“It has been almost a year since we started this. It’s nice to know that BENCH really did consider our requests. @benchtm rocks!” SJUPH posted on Facebook after the endorsement announcement by BENCH.
“We didn't only have Siwon and Dong Hae as our new addition to the family but the love and support of the ELF community too. THANK YOU,” tweeted BENCH.
Siwon and Donghae join the list of local and international superstars who are endorsers of BENCH including David Archuleta. Lucy Hale, Dingdong Dantes, Aljur Abrenica, and Jake Cuenca.
BENCH is promising full marketing and advertising campaigns for Siwon and Donghae.
“Billboards.Print Ads.Posters.Store Front. The whole shebang! Manila is ready 4 you @siwon407 @donghae861015 #BenchGoesKpop#SiHaeLovesBench,” BENCH posted on Twitter.
Link to my original article: http://www.mb.com.ph/articles/353643/philippine-clothing-brand-signs-super-juniors-siwon-and-donghae
at 6:43 PM