Big Bang to use new Mall of Asia Arena for concert in Manila on Oct. 24

K-pop boy band Big Bang announced on May 31 that they will hold their Alive Concert Tour in the Philippines on October 24.

And for their concert, they will use the new and modern Mall of Asia Arena in Pasay City as the venue.

The new venue for events has a seating capacity of 10,311 for proscenium concerts and 15,093 for basketball games. 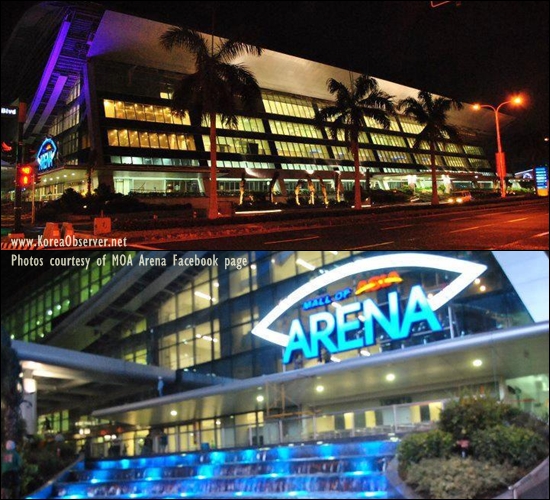 This week, Big Bang has started rolling out the dates and venues for their concerts in Asia.

The tour will also go to North and South America, and Europe.

In Singapore, the Big Bang Alive Tour will be held on Sept. 28 at the Singapore Indoor Stadium.

In Indonesia, it will be held on Oct. 13 at the Mata Elang International Stadium.

The boy band will hold the concert in Taipei before going to the Philippines, based on the announcement on the Big Bang Facebook page.

It was pop superstar Lady Gaga who was the first to use the Mall of Asia Arena for her "Born This Way" concert last May 21 and 22.

It also has a valet parking service, taxi service and waiting area, driver's lounge at the car park, mobile package counter, CCTV security system, smoking lounge in all floors and access for persons with disabilities.

Fans are hoping that the ticket prices for the Big Bang Alive Tour will be announced soon.
Filipino K-pop fans expressed their excitement upon learning the date of the concert.

"I'll attend this concert for sure. been waiting for soooooo looooong!" and "I'm definitely going to watch...SUPER EXCITED...VIP FIGHTING!!!" were some of the comments on the Big Bang Facebook page. 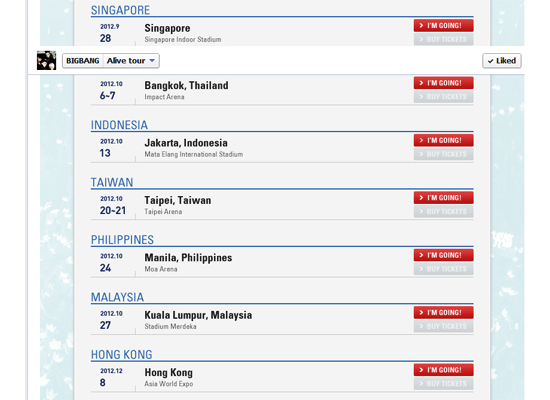