“Last night in the VIP room with Justin & Dara # heartbreaker,” the photo’s caption said.
The photo was taken at The A club in Gangnam where Bieber attended the Tastemakers party and launching of rapper Jay Park’s AOMG music label.
As the photo became viral, Baller tweeted, “Wow… Never in a million years did I think that pic would go viral worldwide. Love to my lil bro Justin & love to my new friend Dara.”
2NE1′s Sandara and CL watched Bieber’s concert at the Seoul Olympic Stadium before going to the party.
Big Bang’s G-Dragon, who performed at Bieber’s concert, was also at the party along with other Korean celebrities.
Baller also uploaded a photo showing himself with Bieber, G-Dragon, 2NE1′s CL
“Last night at the # AOMG party …. Best party ever! Good times with GD, JB, CL, Xin, Jay Park and the Whole City!” he wrote. 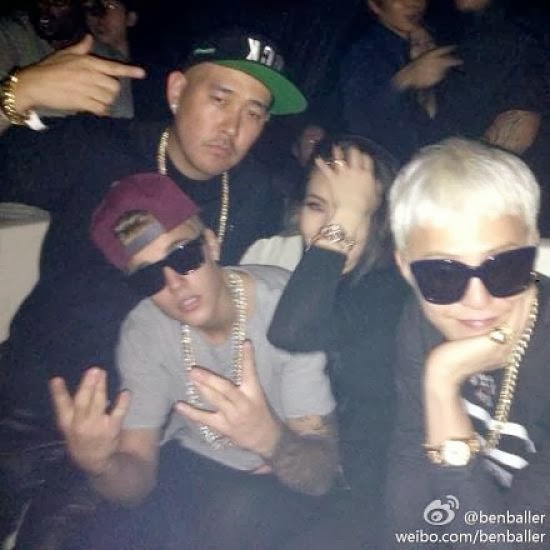 Link to my original article on Manila Bulletin online http://www.mb.com.ph/justin-bieber-kisses-sandara-park/


Don't miss any updates. Subscribe to this blog, add me to your Google+ circle or click the Google Friend Connect on the sidebar
at 1:20 PM