By JONATHAN HICAP, Manila Bulletin
Korean boy band Super Junior did not disappoint thousands of fans who went to see them at their concert at the Mall of Asia Arena last Oct. 24. 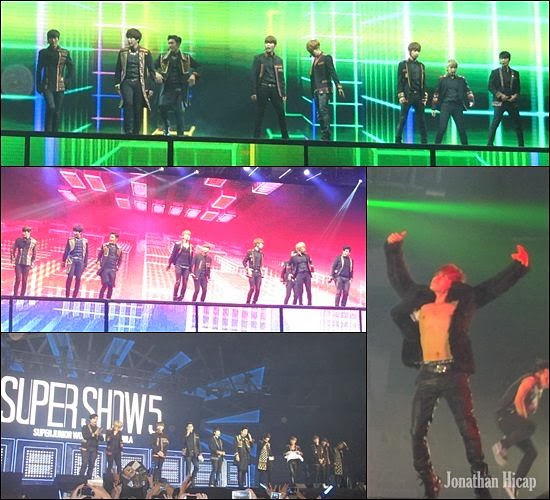 Touted as one of biggest K-pop concerts to date, the “Super Show 5: Super Junior World Tour in Manila” was spectacular, from the giant video screens and massive stage to their performance and fan interaction.
Super Junior arrived in Manila just hours before their concert yet the boys delivered an impressive show for about 10,000 fans in the arena.
This is the group’s third time to hold a show in the Philippines. All nine members of the boy band were present: Siwon, Donghae, Kyuhyun, Eunhyuk, Shindong, Sungmin, Ryeowook, Heechul and Kangin. Henry Lau and Zhou Mi, members of Super Junior M, were also part of the concert. 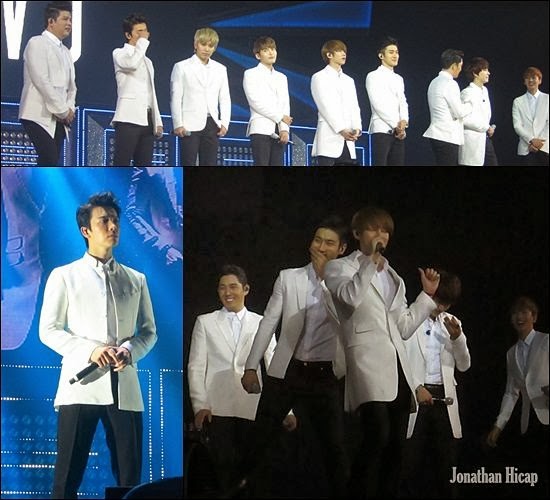 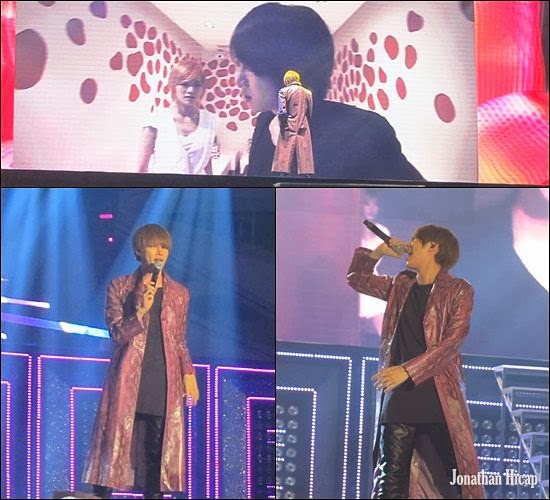 This was Kangin’s first time to join his band mates in the Manila leg and Heechul’s first “Super Show” concert since his discharge from the Korean military in August.
For more than three hours, Super Junior enthralled the audience with their songs and intricate choreography.
The show opened with their 2011 hit, “Mr. Simple” and 2010’s “Bonamana.” Eunhyuk and Kyuhyun greeted the audience with “Magandang gabi (Good evening)” and the excitement level rose, with fans screaming and waving their blue light sticks to create a “sapphire blue ocean” effect.
Super Junior performed songs like “Sexy, Free & Single,” “Super Girl,” “It’s You,” “Sorry Sorry,” “Break Down,” “Daydream,” “Miracle” “How Am I Supposed To Live Without You,” and “Go.”
One highlight of the show was a cross-dressing number with Siwon as Son Dambi, Kangin as Gain, Ryeowook as S.E.S. member and Sungmin as 4Minute’s Hyuna.
Throughout the concert, Super Junior interacted with the audience and took “selfies” using fans’ cameras. The K-pop stars’ messages were also translated to Filipino, and their video clips had Filipino subtitles. 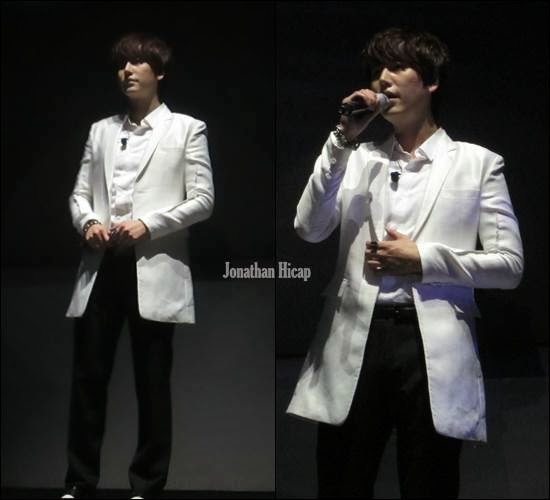 K-pop fan Angie Rivera from San Pedro, Laguna, said this was her second time to watch a Super Junior concert in the Philippines. Her first was in 2010, the group’s first concert in the country.
“My favorite part of the concert was when Super Junior wore the superhero costumes (performing ‘Wonder Boy’). I was very happy to see Kyuhyun,” she said.
Emmy Rolda from Muntinlupa, who also watched the concert, said her favorite was Siwon.
In saying their farewells, Heechul hinted at a follow up show, possibly next year, when he said, “Thank you very much. We’ll be back.”
Kyuhyun, meanwhile, simply said, “I love you.”
Henry Lau remarked, “The last time we were in the Philippines, I said that the Philippines was the loudest. I think that after today, you guys are still the loudest. I’d like to thank you guys all for coming out and supporting Super Junior so much. You guys are the reason why we did do what we do and I’d just like to thank you guys so much. You guys are amazing and I really hope that we could come back to the Philippines more. It’s just so good to be back here. I love the Philippines a lot.”
After doing an encore, Super Junior bid farewell and bowed to the audience.
“We love you,” said Eunhyuk.
Super Junior’s “Super Show 5” in Manila was co-presented Globe Telecom and ePlus Tap to Pay card.

Link to my original article on Manila Bulletin online http://www.mb.com.ph/super-junior-cant-help-but-love-their-loudest-pinoy-fans/
To contact the author, send email to sangchusan(at)gmail.com


Don't miss any updates. Subscribe to this blog, add me to your Google+ circle or click the Google Friend Connect on the sidebar
at 2:33 PM