'Full House 2' To Premiere In Korea

By JONATHAN HICAP, Manila Bulletin
MANILA, Philippines - The sequel to the 2004 hit Korean romantic comedy "Full House" will premiere in Korea on Oct. 22 on cable channel SBS Plus.


In the sequel, Hwang Jung Eum plays instructor Jang Man-ok, who gets involved with Lee Tae Ik (No Min Woo) and Won Kang Hwi (Park Ki Woong), members of the idol group Take One.
Fans are already anticipating the pilot episode of "Full House 2" to see if it is comparable to the original series. 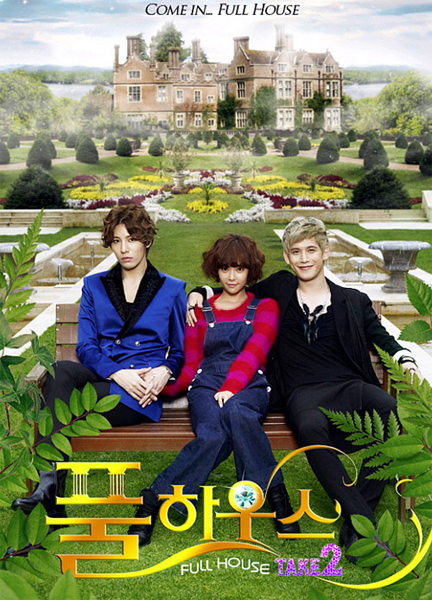 "Full House 2" started airing in Japan last Oct. 5 on channel TBS 1.
Hwang Jang Eum is an award-winning actress who starred in such dramas as "East of Eden" and "High Kick Through The Roof" in 2009, "Giant" in 2010 and "Can You Hear My Heart" in 2011.
No Min Woo's credits include "Pasta" (2010), "My Girlfriend is a Nine-Tailed Fox" (2010) and "Midas" in 2011.
On the other hand, Park Ki Woong has appeared in dramas such as "Drama City" in 2007, "Chuno" in 2010 and "The Musical" in 2011.
The original "Full House" became a hit in 2004 and launched the careers of singer Rain and actress Song Hye-Kyo to stardom.
It became No. 1 in the ratings for all of its 16 episodes and got the highest of 42 percent for its finale.It earned Rain his best actor award and Song Hye Kyo an excellence in acting award in the 2004 KBS Drama Awards.
The series was exported to several countries including the Philippines where it also became popular.
In 2009, GMA Network made an adaptation of "Full House" starring Richard Gutierrez and Heart Evangelista.
"Full House Take 2" was jointly produced by Korea, Japan and China.
Link to my original post: http://www.mb.com.ph/articles/376563/full-house-2-to-premiere-in-korea
at 3:16 PM