By JONATHAN HICAP, Manila Bulletin
The agency of ZEST wants police investigation to immediately happen so they can prove their innocence in the rape complaint filed by a woman against a member of the rookie boy band.
Last March 5, a woman in her 20s filed a rape complaint with the Gangnam police against a ZEST member. 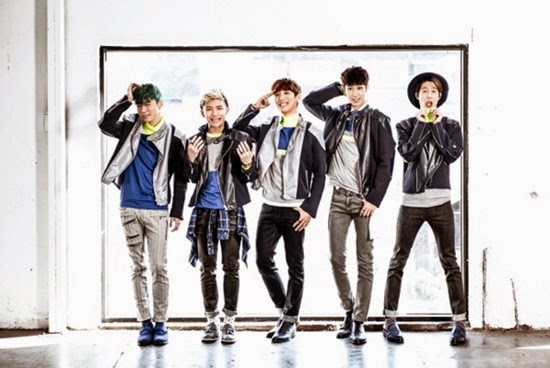 “The ZEST member hasn’t been investigated by police yet,” said agency Zenith Media Contents, according to ENewsWorld, adding that the investigation will take place this week.
The agency added, “Our lawyer and the detective are setting a date. We want to have investigation as soon as possible and prove that we’re innocent.”
According to the woman, the ZEST member raped her once and attempted it again.
According to the agency, the woman and the ZEST member met a few times but denied there was any rape involved.
“They met a few times with good feelings, but sexual assault is something that couldn’t happen. It most definitely didn’t happen,” it said.
Zenith Media Contents said they have records of her allegedly pressuring the agency.
“We have records of the phone conversations as well, so if she continues to make false claims, we will reveal them all,” the agency said.
The agency said it plans to reveal everything after the police investigation is over.
“When the investigations are over, we’ll reveal everything,” it said.
ZEST members are continuing their practice in preparation for their comeback, which was postponed when the rape allegation came out.
“The members are currently still gathering to practice as usual. After the charge is lifted, we plan to go ahead with comeback activities,” said the agency.
It was reported in the Korean media that the accuser is a former member of a girl group, which had already disbanded.
ZEST were planning for their comeback with a new album that was scheduled to be released in April. They were also scheduled to enter the Japanese music market.
These activities were shelved for now because of the controversy.
ZEST is composed of Shin, Yeho, Choigo, Duksin and Shun.
Read more at http://www.mb.com.ph/zest-confident-ready-for-rape-investigation/#ftSc8rS60AKXaTIV.99

To contact the author, send email to sangchusan(at)gmail.com
at 4:22 PM

Email ThisBlogThis!Share to TwitterShare to FacebookShare to Pinterest
Labels: ZEST