After four years of hiatus, where members took turns in fulfilling their two-year mandatory Korean military service, Shinhwa is back with a new album and concert tour. 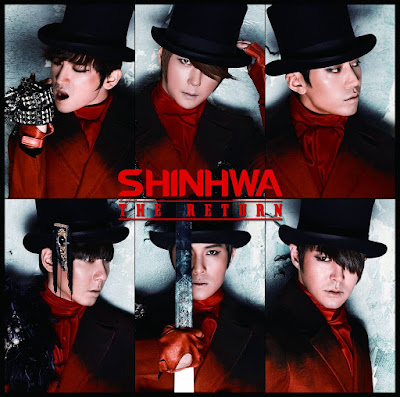 Last March 23, Shinhwa released their tenth full-length album “The Return,” which contains 11 songs including the title track “Venus,” “On the Road,” “Hurts,” “Let It Go,” and “Stay.” The album topped real-time charts upon its release.

They held their “2012 Shinhwa Grand Tour in Seoul: ‘The Return’” concert at the Seoul Olympic Park Stadium on March 24 and 25, drawing stars and fans who eagerly waited for their return.
However, an accident occurred on March 25 where member Shin Hye-sung suffered knee injury during the concert. He was taken to the hospital for treatment.
On Twitter, Shinhwa Company posted that Hye-sung was fine.
“Thanks everyone for the concern,” the group said. Hye-sung has been suffering from knee problem since his accident in a concert in 2001. His knee problem led to his exemption from military service.
From South Korea, Shinhwa will tour China, Taiwan and Japan in the coming months.
Shinhwa, whose members are Eric Mun, Andy Lee, Jun Jin, Lee Min-woo, Kim Dong-wan and Shin Hye-sung, is the longest running boy band in South Korea.
The boy band is one of the pioneer groups of SM Entertainment, which manages Super Junior, Girls Generation and SHINee.
Shinhwa debuted on March 14, 1998 with the song “The Solver.” Since then, the boy band achieved success with their albums and concerts.
After their five-year contract with SM Entertainment expired, Shinhwa transferred to another entertainment company.
From 2003 to 2008, Shinhwa released various albums and pursued solo activities. It was in 2008 when the group went into hiatus as members began serving the military.
Last year, the members established the Shinhwa Company in preparation for their comeback.
Shinhwa is scheduled to perform next on TV music shows to promote the new album.
Link to my original article: http://mb.com.ph/node/355444/legendary-boy-band-
at 5:55 PM

Email ThisBlogThis!Share to TwitterShare to FacebookShare to Pinterest
Labels: Shinhwa