By JONATHAN HICAP, Manila Bulletin
K-pop group JYJ member Kim Jaejoong has won the Best Hallyu Drama OST award at the 2013 Seoul International Drama Awards.
Jaejoong will be receiving the award at the ceremony, which will be held on Sept. 5 at the National Theatre of Korea. 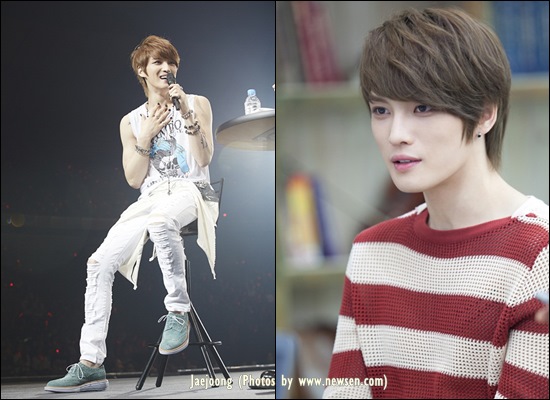 The singer and actor recorded the song "Living Like A Dream," which is part of the original soundtrack for the Korean drama "Dr. Jin."
Jaejoong also starred in "Dr. Jin," which aired in Korea from May to August last year. In the drama, Jaejoong played the role of Kim Kyung-tak, an illegitimate son of a minister and a military officer.
The drama also starred Song Seung-hun, Park Min-young and Lee Beom-soo.
Jaejoong won the best new actor at the 2012 MBC Drama Awards for his role in "Dr. Jin."
The official soundtrack also featured songs by Changmin and Seulong of 2AM, Song Seung-hun, Zia, Ock Joo-hyun and Lee Beom-soo.
"Kim Jae Joong′s vocals and emotions gave birth to a song that fits Dr. Jin perfectly. He participated in writing the lyrics for the song, letting his musical talent shine forth, and the song played a great role in conveying the sad emotions of the story with more depth,"said a C-JeS official, according to ENewsWorld.
Jaejoong thanked everyone for supporting the drama and the original soundtrack.
"I was able to express my emotions while singing and writing the lyrics because I knew how the characters felt as a member of the cast. I want to thank everyone for loving not only the drama, but also its OST," he told ENewsWorld.
It was also reported by ENewsWorld recently that Jaejoong's music video for the song "Mine" has accumulated 25 million views on Yinyuetai, a Chinese music video site.
The song is from Jaejoong's mini-album "I," which was released last January. The album and its repackaged version has sold 190,000 copies, the report said.
There's no confirmation yet if Jaejoong will attend the 2013 Seoul International Drama Awards ceremony.
Link to my original article on Manila Bulletin online:
http://mb.com.ph/Entertainment/Entertainment_Main/29358/JYJ#.Uh7o-hv-HUY