Korean movie 'No Breathing' to be filmed in Davao

By JONATHAN HICAP, Manila Bulletin
The stars and crew of the Korean film "No Breathing" will be shooting the last scenes of the movie in Davao, according to an official of the Department of Tourism (DOT).
"Yes, we can hold our breaths as the hottest stars in South Korea today are coming to shoot the last 7 days of their film in our region. The producers are vetting final locations for the shoot that will involve 15 actors and a crew four times bigger," posted DOT Regional Director Art Boncato on his Facebook account. 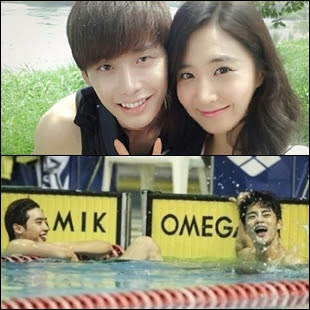 "No Breathing" stars actor Lee Jong-suk and K-pop stars Seo In-guk and Yuri of Girls' Generation.
A reliable source told Bulletin Entertainment that Lee Jong-suk, Seo In-guk, Yuri and actor Park Jeong Cheol will be going  to the Philippines to shoot "No Breathing."
They will film in Davao from Aug. 6 to 13, the source said. The producers of "No Breathing" visited Davao and met with Boncato and other DOT officers. Photos showed the film producers trying durian and durian coffee.
"No Breathing" is a story about swimming competition. Lee Jong-suk plays Woo-sang, a national swimmer who aims to be number one.
Seo In-guk plays Won-il, a swimming prodigy who is planning to go back to competitive swimming.
Yuri plays Jung-eun, a musician and a common friend of the two and who will be the love interest of Won-il and Woo-sang.
This will be Yuri's first starring role in a film. She previously starred in the drama "Fashion King" last year and in the sitcom "Unstoppable Marriage" years ago.
Lee Jong-suk shot to fame in last year's drama "School 2013," which he starred in along with Kim Woo-bin.
He recently finished "I Hear Your Voice," a drama which became No. 1 in the ratings in Korea.
Seo In-guk, who won in the TV singing competition "Superstar K" in 2009, rose to fame through the drama "Reply 1997," which aired last year.
"No Breathing" will be released this year.
Link to my original article on Manila Bulletin online:
http://mb.com.ph/Entertainment/Entertainment_Main/25610/Korean_movie_#.UhzArBv-HUZ