MANILA, Philippines - Is the "Gangnam Style" craze waning in the US?
The latest Billboard charts showed Psy's viral hit further slipping down to No. 7 on the Hot 100 from No. 5 last week and No. 2 for the past seven consecutive weeks. 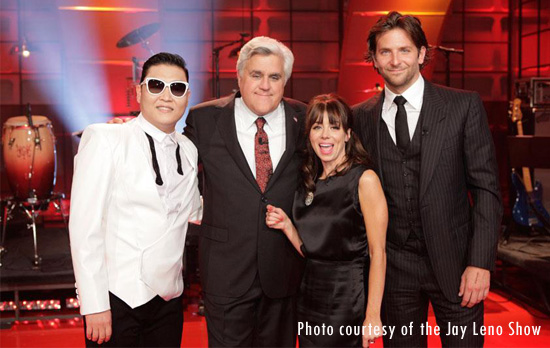 Rihanna's "Diamonds" surged to No. 1 on the Hot 100 and ended Maroon 5's nine-week dominance of the chart.
With Rihanna's entry, Psy's dream to become No. 1 on Hot 100 will stay as it is--a dream. "Diamonds" dethroned "Gangnam Style" from the No. 1 position on the Digital Songs chart, as the latter slipped to No. 2.
Psy's hit is down to No. 3 on the On-Demand Songs chart, No. 19 from No. 14 on Pop Songs, No. 17 from No. 11 on Dance/Club Play Songs, No. 11 on Latin Airplay and No. 41 on Radio Songs.
"Gangnam Style" is still No. 1 on Rap Songs.
But "Gangnam Style" is still hot on YouTube. Psy is poised to overtake Justin Bieber on the most viewed video of all times.
"Gangnam Style" has racked up 790 million views on YouTube and is inching closer to Bieber's "Baby," which has 802 million views.
Psy will be performing today on "The Tonight Show with Jay Leno" along with Bradley Cooper and Natasha Leggero on the show's Thanksgiving episode.
From the US, Psy is heading to Asia.
Psy announced on Twitter that he will be visiting Thailand next week.
"I just heard #GangnamStyle got 40million views from THILAND!! so...Guess what~!? I'll be there NEXT WEEK!!!" he posted.
He will also perform on the Mnet Asian Music Awards (MAMA) set in Hong Kong on Nov. 30.
Psy recently performed on the American Music Awards where he picked up his New Media award for "Gangnam Style."
Link to my original article on Manila Bulletin online: http://www.mb.com.ph/articles/382711/gangnam-style-loses-steam-slips-on-billboard
Email me at sangchusan(at)gmail.com
at 10:00 PM