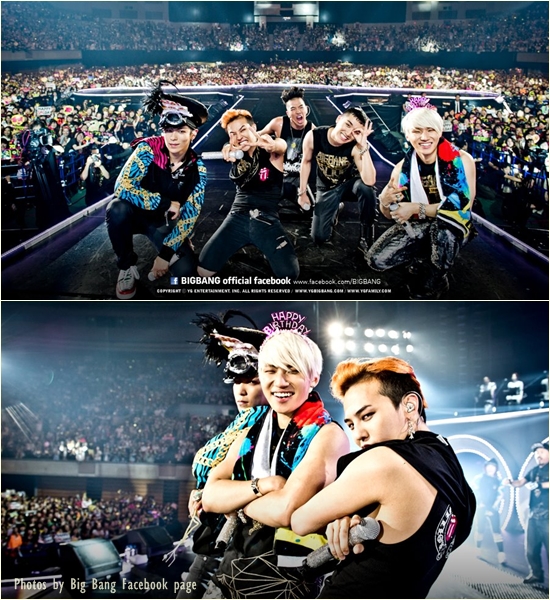 YG Entertainment said the album will have nine songs composed of five news songs: "Still Alive," "Monster," "Feeling," "Bingle, Bingle," and "Ego." Other songs in the album are "Blue," "Bad," "Fantastic Baby," and "Love Dust."
The title track is "Monster," which was written and composed by G-Dragon.
“This album is specially prepared by BIGBANG to thank their fans for supporting and loving them. The lead track ‘Monster’ is very strong and different from BIGBANG's previous songs,” posted YG Entertainment on Big Bang's Facebook page.
It said a "secret collaboration project" with a Korean credit card company will also be unveiled on June 3.
Big Bang will be in Japan when the album is released online.
Meanwhile, Big Bang just finished their "Big Bang Alive World Tour 2012" in Nagoya, Japan last May 17 and 18.
They will be performing in Yokohama on May 25 to 27 and Osaka on May 31 to June 3. They will also do concerts in Saitama, Fukuoka and Tokyo for a total of 13 concerts in Japan.
YG Entertainment also released additional countries where the concert will be held.
The Philippines and Malaysia were the first countries to be announced last May 15. In addition, Big Bang will also hold concerts in Singapore, Taiwan, Hong Kong, Thailand, and Indonesia.
Link to my original article: http://www.mb.com.ph/articles/360239/big-bang-release-special-edition-album
at 9:05 PM