By JONATHAN HICAP, Manila Bulletin
It's more fun in the Philippines and K-pop star Ailee is helping to promote various places in Metro Manila to attract more Korean tourists.
Ailee has been tapped to boost Philippine tourism through short interactive videos that feature her visiting and introducing places in the metropolis. 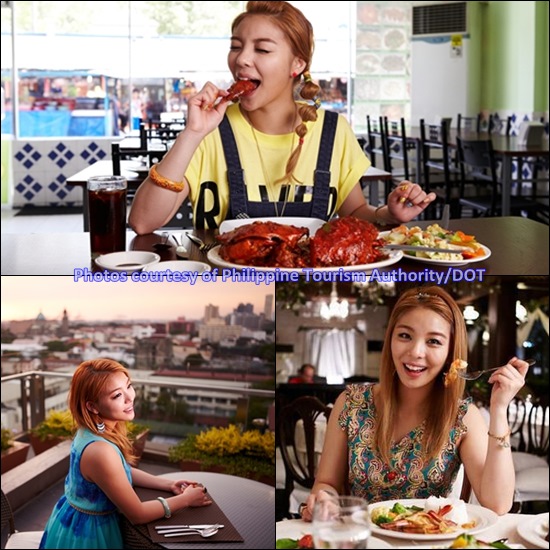 The singer visited the Philippines last April where she spent three days shooting the videos.
Among the places she visited were Intramuros, Bonifacio High Street, Mall of Asia and Seafood Paluto Restaurants on Macapagal Boulevard in Pasay.
The videos showcase these places for shopping, dining, entertainment and recreation. These were released on various SNS channels and YouTube.
Koreans are the No. 1 tourists in the Philippines. According to the Department of Tourism, 1.65 million tourists visited the Philipines from January to April this year, up by 10.12 percent compared to the same period last year. The most number of tourists came from South Korea with 406,595, or 24.65 percent of the total, and a growth of 23.08 percent.
Visitors from the US came next followed by Japan, China, and Australia. Other countries in the Top 10 are Taiwan, Singapore, Canada, Hong Kong and United Kingdom.
“Ailee has been chosen to represent the unique image of the Philippines as she is loved for her exotic looks and charming voice. We think she adds more color to the country’s existing beauty,” tourism director and attache Maricon Basco-Ebron of the Department of Tourism-Korea told Korea JoongAng Daily.
Ailee, who was born in the US, moved to Korea to pursue her singing career. She won best new artist in the Golden Disk Awards and Seoul Music Awards this year.

Link to my original article on Manila Bulletin online:
http://mb.com.ph/Entertainment/Entertainment_Main/17618/K-pop_star_tapped_to_promote_Philippine_tourism#.UcQYeflmiSq
Email me at sangchusan(at)gmail.com

Email ThisBlogThis!Share to TwitterShare to FacebookShare to Pinterest
Labels: Ailee