By JONATHAN HICAP, Manila Bulletin
Hallyu actor Kim Jae Won, who starred in Korean dramas such as "Can You Hear My Heart" and "Wonderful Life", surprised his fans when he announced that he's getting married.
The wedding will be held on June 28 in Seoul and it turned out that his non-celebrity girlfriend is three months pregnant. 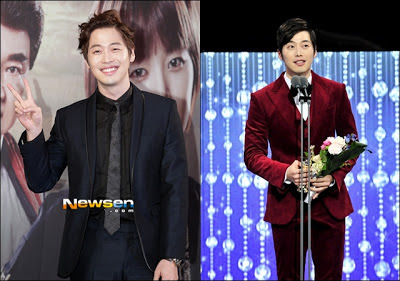 It was revealed that the two are childhood friends but only started dating last year.
The 32-year-old actor made the wedding announcement on his fan cafe. He said his wife-to-be is an ordinary worker who is hardworking and kind.
"We′re so attached to each other we′ve decided to get married eight months after entering a steady relationship. We had been neighborhood friends before that. She is a hardworking, diligent, kind and warm beauty, and she is the same age as me. She is an ordinary worker. She is calm yet outgoing, and she understands what I do," he wrote, according to ENewsWorld.
He apologized to his fans that he made the announcement before the airing of his new drama "Scandal," which will premiere at the end of this month.
"I did think it′s too early to tell, but I thought over the need of a family and a stable life in my career as an actor, which I will continue for dozens of years to come.
I'm very sorry I′ve come to confuse you with news of my wedding before the airing of my drama. I′ll work hard to become an actor that brings you happiness," Kim Jae Won said.
The actor joins the list of Korean stars who have decided to tie the knot this year.
Over the weekend, singer Baek Ji Young and actor Jung Seok Won got married in Seoul. The singer is three months pregnant.
Last month, it was announced that actress Han Hye Jin will marry soccer player Ki Sung Yueng in July.
Kim Jae Won debuted in the Korean entertainment industry in 2001 via the drama "Honey Honey."
He appeared in other dramas such as "My Love Patzzi" and "Romance" in 2002, "My 19-Year-Old Sister In Law" in 2004, "Hwang Jin Yi" and "Great Inheritance" in 2006 and last year's "May Queen."
He also became popular through the film "100 Days with Mr. Arrogant" released in 2004.


Link to my original article on Manila Bulletin online:
http://mb.com.ph/Entertainment/Entertainment_Main/15603/Kim_Jae_Won_to_marry_pregnant_girlfriend#.UbQVVPlmiSo

Email me at sangchusan(at)gmail.com
at 1:43 PM