By JONATHAN HICAP, Manila Bulletin
Seoul, South Korea – Korean music TV shows showcasing the most popular K-pop singers continue to draw local and international fans.
Bulletin Entertainment witnessed how these fans would even brave the coldest of weathers to see their idols in person. 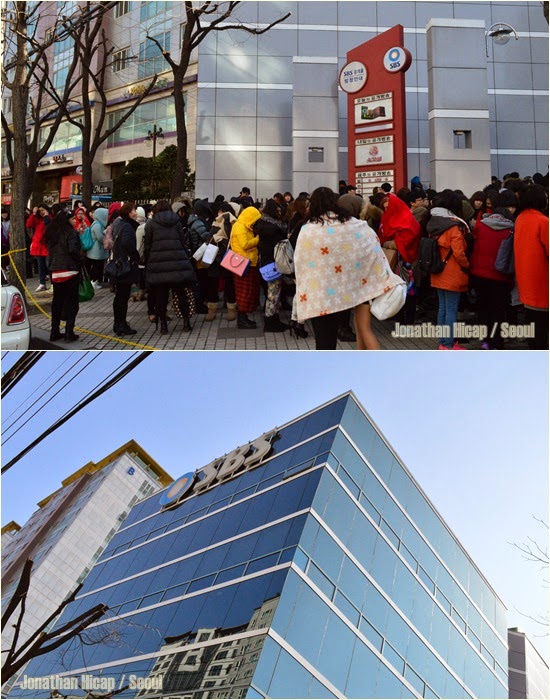 My Seoul-based friend Katieryn and I were able to attend rehearsals for the SBS “Inkigayo” music show held at the SBS Open Hall in Gangseo-gu, Seoul, last March 9, through the efforts of the Foreign Press Center Korea, Korean Culture and Information Service and the Korean Cultural Center in the Philippines.
We lined up outside the SBS Open Hall past 1 p.m. The compound was already teeming with fans despite the temperature ranging from 5 to negative 2 degree Celsius.
We saw fans of Girls’ Generation, 2NE1, TVXQ and CNBLUE, identifiable via their respective banners.
We were led inside the SBS studio at around 2 p.m. Security personnel kept reminding audiences not to take pictures inside the studio.
For the “Inkigayo” episode, the performers were Girls’ Generation, 2NE1, CNBLUE, TVXQ, Souy & JungGiGo, Lunafly, Park Ji-yoon, Bestie, Sunmi, Melody Day, C-Clown, BTS, SPEED, Spica, Tae1 and Nell.
The hosts were EXO’s Baekhyun and Suho, ZE:A’s Kwanghee and Lee Yu Bi, who waited for their cue at the side of the stage while the performers went through rehearsals.
Girl’s Generation, who performed their new songs “Mr.Mr.” and “Back Hug” at the rehearsals, were interviewed by the hosts. Group leader Taeyeon was presented with a birthday cake.
2NE1 performed “Crush” and “Come Back Home” while CNBLUE sang “Can’t Stop.”
In the end, Girls’ Generation won the “Inkigayo” music trophy.
After the rehearsal, we saw fans still waiting for a glimpse of their idols outside the SBS building.
We also went to the SM Entertainment building in Apgujeong, Seoul and saw a gigantic image of Girls’ Generation occupying a whole section of the building. 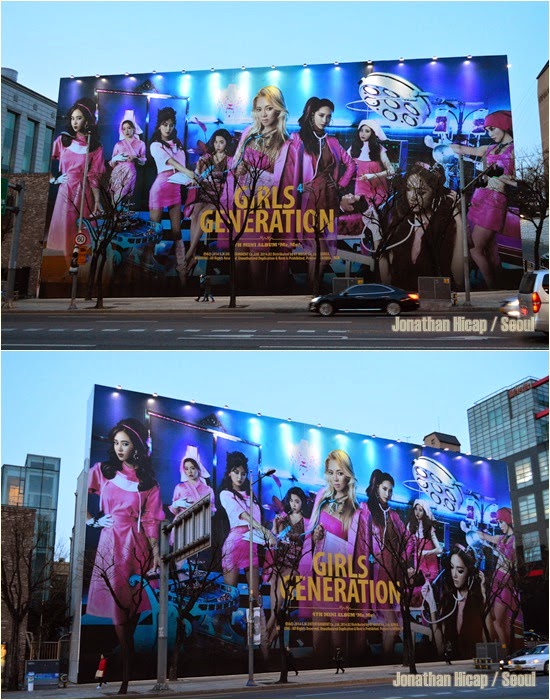