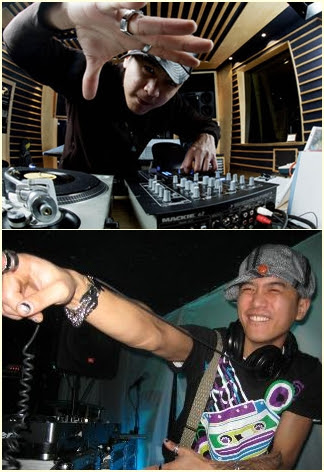 Poet Name Life posted on a short bit on it on his Twitter account last Feb. 7. “Off to Korea with @boomnote josh one! Get ready for 2NE1!!!! Here we go!!!!” he tweeted.

The next day, he tweeted that he has started recording at the YG Entertainment office in Seoul.

“KOREA rules!!! Recording with @boomnote (dj josh one) at the YG fortress! Special thanks to 2NE1 and the YG family!,” he wrote.

Poet Name Life is the second member of the Black Eyed Peas family to help 2NE1 with their music.

Last January, Will.I.Am tweeted that he was working on the 2NE1 album.

The recordings are earmarked for 2NE1’s US debut although YG Entertainment has not announced when the girls will be hitting the American music scene.

Poet Name Life, a famous DJ, songwriter and producer who is closely associated with Black Eyed Peas, was nominated in the 52nd Grammy Awards last year together with Black Eyed Peas for the album "The E.N.D." The album included the song "Boom Boom Pow," which he co-produced.

Poet Name Life is the official DJ of the Black Eyed Peas and has joined the group on its tours.

In an article last year about the DJ on Asian Journal, a Filipino-American community newspaper in the US, it was revealed that Poet Name Life’s family is composed of 10 brothers and sisters. He was also a schoolmate of Allan Pineda Lindo (apl.de.ap) and will.i.am.

He told Asian Journal, “My favorite country in the world is Japan. It’s so cutting edge, so different, and the scenery is great. My other favorite country is of course the Philippines. The first time I was there was in 2005. We performed in CCP, which was filled to the rafters. I loved it! But, of course, there’s no place like home- which is LA. It’s the coolest. My family is here and I’m a family person. I like big families,” he said.