Park Chan-wook, the film director known for his work on Korean hits like “Oldboy,” proved last month when he released “Night Fishing” - a 30-minute film shot entirely on an iPhone over 10 days - that all you need to make a good movie is a smartphone. 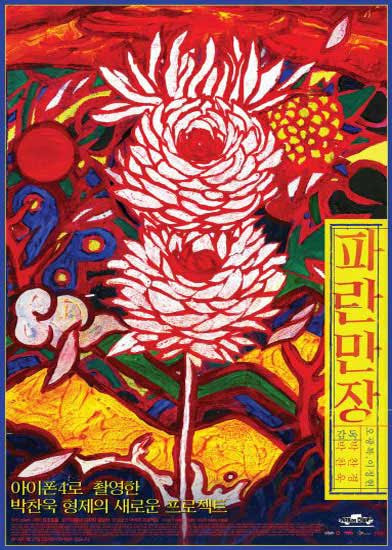 Yesterday, his iPhone-made film was named best short film of the year at the 61st Berlin International Film Festival. Park co-directed the movie with his younger brother Chan-kyong.

The fantasy film depicts a middle-of-the-night encounter between a fisherman and a female shaman. The jury wrote a comment on the festival’s Web site, saying the movie demonstrates the “great imagination of an intimate cooperation” between the Park brothers.

“While I was working on this film, I realized anyone can make films as long as they have an iPhone and some money to pay for meals [during the production],” Chan-wook told reporters early last month at a press screening for the film at a theater in central Seoul. “I hope to see more experimental films come out [through the iPhone].”

A total of 25 short films competed in the short-film section but the first joint project between the Park brothers was unanimously chosen the winner by a jury. Because Chan-wook was in the United States working on a project, Chan-kyong attended the festival with two of the film’s actors.

The budget for “Night Fishing” was 150 million won ($136,363) and it used a crew of 80 people. The project was funded by KT, the exclusive iPhone service provider in Korea. Nine Korean films were in the running at the festival in Berlin. They included “Come Rain, Come Shine,” “Ashamed” and “Cheonggyecheon Medley.” (By Sung So-young, JoongAng Daily)