News from the Manila Bulletin newspaper: 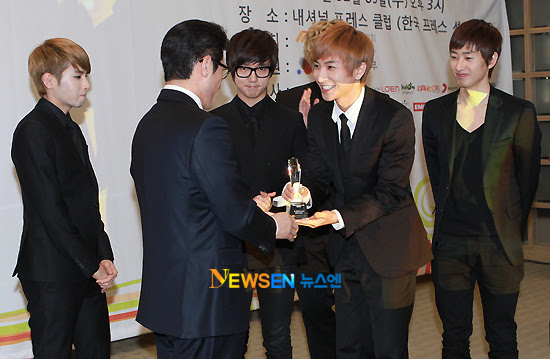 In his speech, Super Junior leader Leeteuk said they’re very happy with the award especially that it came from Gaon.

The Gaon Chart is South Korea’s official music chart and is managed by the Korean Music Content Industry Association (KMCIA).

On the other hand, Miss A’s “Bad Girl Good Girl” was No. 1 on Gaon’s online chart while Lee Sungchul topped the mobile chart.

Singers G.Na and Kang Seung Yoon were awarded the best female and male rookies for 2010.

The Manila Bulletin, a leading English newspaper in the Philippines, has been publishing articles about Korean pop and entertainment everyday.
at 7:19 PM