MANILA, Philippines – Jay Park's new album has entered two Billboard charts on the day he made his comeback on Korean TV. 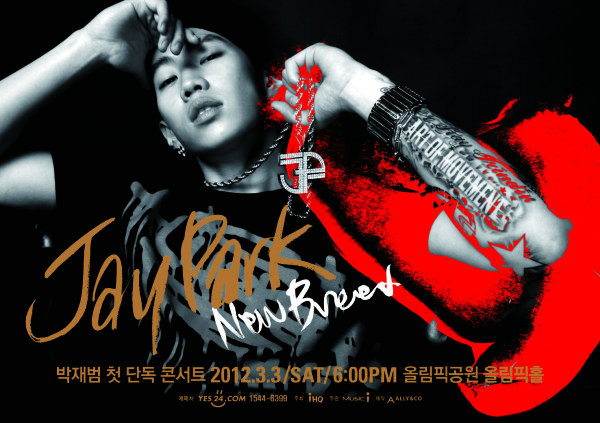 On the latest Billboard charts for the week ending Feb. 25, Jay Park’s “New Breed” album, which was released first online on Feb. 7, debuted at No. 4 on Billboard’s World Albums and No. 16 on Billboard’s Heatseekers Album charts.
Billboard noted that the album made the biggest jump on the World Albums chart for the week.
Last year, Jay Park released his first Korean mini-album “Take A Deeper Look,” which debuted at No. 3 on Billboard’s World Albums chart and No. 26 on the Heatseekers Albums chart.
In addition, “New Breed” also copped the No. 1 slot on Gaon Chart, Korea’s version of Billboard chart. The album is No. 1 on Gaon’s physical albums chart.
When the album was released, it zoomed to No. 1 on iTunes R&B/Soul Albums charts in the US, Canada and Australia, No. 2 in Japan and No. 5 in France.
Overall, it grabbed the 27th spot on the iTunes Top 100 Albums chart.
Also on Feb. 16, Jay Park returned to TV and started promoting the title track “Know Your Name” on Mnet “M! Countdown.” He will be on KBS “Music Bank” today.
Besides promoting the album, Jay Park will hold his first independent concert called “Jay Park: New Breed Live in Seoul” on March 3 at Seoul Olympic Park’s Olympic Hall.
Link to my original article http://www.mb.com.ph/articles/351699/jay-park-enters-billboard-chart
at 6:33 PM