By JONATHAN M. HICAP, MANILA BULLETIN
MANILA, Philippines – Korean dramas “Sungkyunkwan Scandal” and “The Greatest Love,” which aired in 2010 and 2011 respectively made it as finalists in the mini-series category of the 2012 New York Festivals International Television and Film Awards. 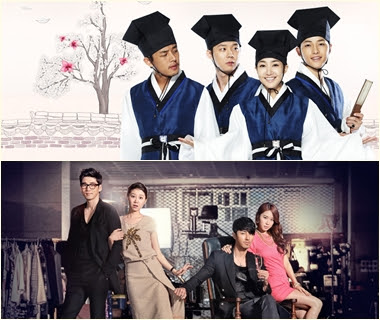 In addition, South Korea has two finalists in the competition.
On the other hand, 16 TV programs from the Philippines also made the cut.
“Sungkyunkwan Scandal” starred Park Yoochun, member of boy band JYJ, and actress Park Min Young along with actors Song Joong Ki and Yoo Ah In.
Aired on KBS2 channel, the 20-episode period drama tells the story of Kim Yoon Hee (played by Park Min Young) who disguises herself as a boy to enter the Sungkyunkwan University.
The drama won awards for Yoochun including best new actor in the 2010 KBS Drama Awards and 47th Paeksang Awards and best actor and Asia Popularity awards in the 2011 Seoul International Drama Awards.
“The Greatest Love,” aired on MBC, was one of the top dramas in Korea last year. It starred Cha Seung-won and Kong Hyo-Jin.
Two other shows made it to the cut of the competition. SBS’ “Last Tundra-Inheritors of Tundra” is a finalist in the nature and wildlife category and MBC’s “The Day of Ji-Hyun’s First Meeting with Her Father” is a finalist in the social issues/current events category.
Some of the finalists from the Philippines include ABS-CBN’s “TV Patrol-Storm Juaning” in the best newscast category, GMA’s “I-Witness: Gintong Putik” and TV5’s “News 5 Debates - A Challenge For Change.”
Awards organizers said the finalists came from entries submitted by 40 countries.
The awards ceremony will be held on April 17 at the NAB Show in Las Vegas, Nevada.
“The wide variety, depth, and scope of the programming created by this year’s Finalists are proof that excellence knows no boundaries. Increasingly, as our world becomes more connected, it is no surprise that imaginative and innovative programming across all platforms engages a world-wide audience,” said Rose Anderson, executive director of NYF Television & Film Awards, in a blog post on the competition website.
Original article: http://www.mb.com.ph/articles/350575/2-korean-dramas-become-finalists-2012-new-york-festivals-awards
at 12:16 PM