2PM, First JYPE Artist To Hold Concert In The Philippines


MANILA, Philippines - When members of Korean boy band 2PM hold concert in Manila on March 2, they will be the first artist under JYP Entertainment to do so. 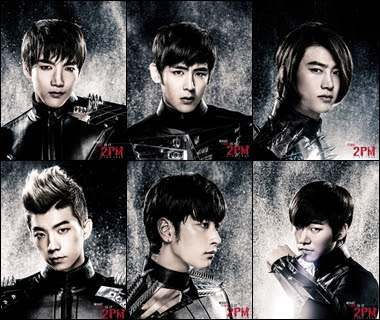 Excitement is growing among fans in the Philippines as 2PM's 2013 “What time is it” Live Tour nears. 2PM's concert will be held on March 2 at 7:30 p.m. at the Mall of Asia Arena.
The historic Manila Hotel will be the official residence of 2PM during their stay in the country.

Filipino fans are delighted that 2PM will kick off their Asia Tour in the Philippines, with Guangzhou, China and Bangkok, Thailand as the next stops.
“It’s wonderful to have K-pop superstars 2PM choose Manila as the opening venue for their 2013 Live Tour. Manila is really making its mark into becoming the world-class entertainment center of Asia,” says Nian Rigor, head of IMC of Hoopla Inc., the local promoter of the concert.
The Manila concert follows 2PM's successful concerts in Asia last year including China, Indonesia, Taiwan and Macau.
During last year's concerts, 2PM prepared special stage for each country. The concert in the Philippines will also have a special stage, according to a note posted on JYP Entertainment's Facebook page.
As a bonus, 150 ticket buyers will have the chance to meet the boys of 2PM in a meet-and-greet event in the Philippines.
The lucky fans will be selected in a draw from a list of qualified ticket buyers. Fans have until Feb. 17 to buy their tickets to qualify for the meet-and-greet draw.
2PM made another milestone in their career when they topped Japan's Oricon chart.
The boy band released their second Japanese album, "Legend of 2PM," last Feb. 13 and it debuted at No. 1 on the Oricon daily album chart will sales of 29,454 copies on the first day.
2PM will also participate in Japanese TV channel NHK's "Korean Lecture Through TV" series this year.
This will be the boy band's second consecutive year to be in the TV program.
“We are very delighted to continue “Korean Lecture Through TV” that teaches Korean to Japanese audience this year in succession to last year. We will put our best effort to prepare for the more substantial program. Thank you for the big love," 2PM said in a statement released by JYP Entertainment.
2013 2PM LIVE TOUR in Manila “What time is it” is organized by MLive, Hoopla and BigDaddy Entertainment with partners that include Manila Hotel, Astroplus and McCormick Korean Fried Chicken Recipe Mix.
Link to my original article on Manila Bulletin online: http://www.mb.com.ph/articles/394073/2pm-first-jype-artist-to-hold-concert-in-ph

Email me at sangchusan(at)gmail.com
at 5:58 PM

Email ThisBlogThis!Share to TwitterShare to FacebookShare to Pinterest
Labels: 2PM