By JONATHAN HICAP, Manila Bulletin
K-pop girl band 2NE1’s leader CL will be releasing her first solo single on May 28 entitled “The Baddest Female,” as announced by YG Entertainment.

“CL has used the phrase ‘The baddest female’ in her autograph since her debut. The solo single will be the culmination of her abilities,” a representative from YG Entertainment told ENewsWorld. 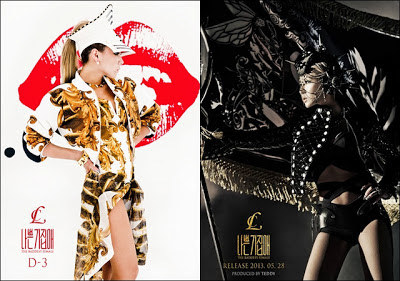 Teaser photos of CL’s single were projected on YG Entertainment’s building on May 26.

In addition, Big Bang’s G-Dragon and Taeyang helped CL in her solo debut by appearing in the music video for “The Baddest Female."
“[The song] is a perfect hip-hop track, a very slow one at 70 bpm. It is a new type that mixes together dougie, dubstep and other modern sounds with CL's charismatic rapping. It all depends on how charismatic CL makes the slow hip-hop piece,” added the agency representative.

Last February, CL told Billboard that 2NE1 would be coming back to the music scene last April.

“But now it looks like a full-group comeback is on the back burner,” according to a Billboard article.

Fans were hoping that 2NE1 would be making a comeback to mark the group's fourth anniversary since debuting in 2009.

The group’s last project was the song “I Love You,” released last year.

With her single, CL will be competing with solo singers Lee Hyori and Seo In Young on music TV shows.

Link to my original article on Manila Bulletin online:
http://www.mb.com.ph/article.php?aid=14249&sid=4&subid=26#.UaxiHUBmiSo

Email me at sangchusan(at)gmail.com
at 5:30 PM