Super Junior M's Henry to be launched as solo artist

By JONATHAN HICAP, Manila Bulletin
A member of Super Junior's sub-unit in China, Super Junior M, will be launched as a solo artist. 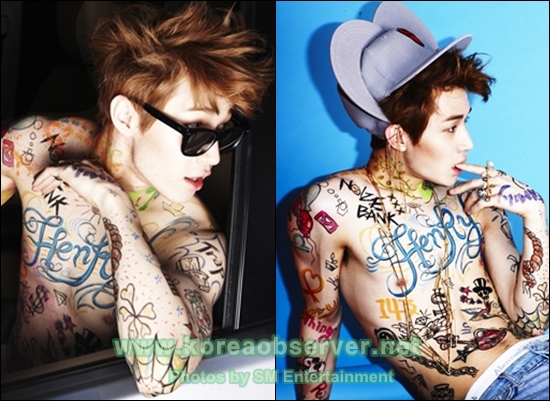 Today, the company announced to the Korean media that it will be Super Junior M's Henry Lau who will be its new solo artist.

It’s been 12 years since the company launched a solo artist. Henry Lau will be the company’s second male solo artist after Kangta, who debuted in 1996 under boy band H.O.T. and went solo in 2001 after the group's disbandment.
In 2000, pop diva BoA debuted in the K-pop scene as SME's first solo artist.
According to Korean media, Henry Lau's first mini-album, “Trap,” will be released on June 7.

Henry Lau was launched in 2008 as a member of Super Junior M, targeting the Chinese music market.

His mother is from Taiwan and his father is from Hong Kong. He grew up in Toronto, Canada and is fluent in English, Mandarin and Korean. He is known for singing and dancing, and playing the piano and violin.

Henry Lau first appeared as a violinist in Super Junior's song "Don't Don." When SME announced that a subunit in China would be launched, fans suspected that the company would add another member to Super Junior.

They held protests and held "Only 13" signs to signify that they were against any plan to add members to the boy band.

Super Junior M, composed of Siwon, Donghae, Kyuhyun, Ryeowook, Hangeng, Henry and Zhoumi, debuted in China in 2008. When Hangeng left Super Junior, he was replaced by Sungmin and Eunhyuk in Super Junior M.

The group released its second album "Break Down" last January.

Link to my original article on Manila Bulletin online:
http://www.mb.com.ph/article.php?aid=14728&sid=4&subid=26#.Uaxsu0BmiSo

Email me at sangchusan(at)gmail.com
at 6:15 PM