Jay Park to sing theme song for Will Smith's movie

By JONATHAN HICAP, Manila Bulletin
K-pop rapper Jay Park will be singing the theme song for Hollywood actor Will Smith and his son Jaden's movie "After Earth."
Jay Park also wrote and composed the song "I Like To Party," which will be used as the ending song for the movie in Korea. 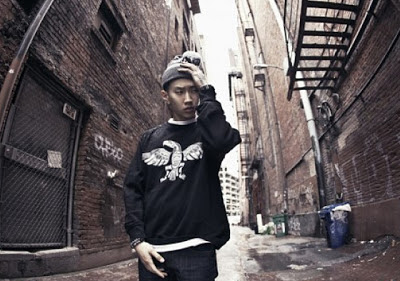 "After Earth. My song is the official sound track for this movie in KOREA!" he posted on Twitter.
According to Jay Park's agency, SidusHQ, Smith and his son sent a request to Park to participate in the original Korean soundtrack for the movie.
Jay Park will join Smith at a red carpet event to promote "After Earth" at Yeongdeungpo Times Square in Seoul on May 7.
"I've been watching this dude since i was like 4... going to be meeting him next week. #nuts," Jay Park tweeted.
He also posted, "I Like To Party is also going to be my 2nd SINGLE~!!"
According to the movie's website, "After Earth" tells the story of Kitai Raige (played by Jaden) and his father Cypher (played by Will).
"A crash landing leaves teenager Kitai Raige (Jaden Smith) and his legendary father Cypher (Will Smith) stranded on Earth, 1,000 years after cataclysmic events forced humanity’s escape. With Cypher critically injured, Kitai must embark on a perilous journey to signal for help, facing uncharted terrain, evolved animal species that now rule the planet, and an unstoppable alien creature that escaped during the crash. Father and son must learn to work together and trust one another if they want any chance of returning home," according to the website.
The movie will premiere in Korea on May 30.
In addition, the Korean Tourism Organization (KTO) has selected Jay Park as the honorary ambassador for the R-16 Korea 2013 World B-Boy Masters Championship.
Jay Park is a member of the Seattle-based Art of Movement (AOM) b-boy crew. This will be his third year to serve as honorary ambassador of the b-boy competition.
The formal appointment ceremony for the singer and dancer will be held on May 5 at the KTO headquarters in Seoul. The Freestyle Session Korean Qualifier for the b-boy contest will also be held on the same day.
According to the KTO, R-16 Korea is one of the world’s five major b-boy competitions along with Germany’s Battle of the Year, UK’s B-boy Championship, Freestyle Session of the US, and the Red Bull BC One.
This year's R-16 Korea championship will be held on July 13 and 14 at the Olympic Hall at Seoul Olympic Park. B-boy crews from 20 countries will compete this year.

Link to my original article on Manila Bulletin online:
http://www.mb.com.ph/article.php?aid=10493&sid=4&subid=26#.UaDUEEBmiSo

Email me at sangchusan(at)gmail.com
at 1:20 PM