MANILA, Philippines - Big Bang member Daesung has reached a financial settlement agreement with the family of Mr. Hyun, the dead motorcyclist who the Korean police said was killed by the singer. 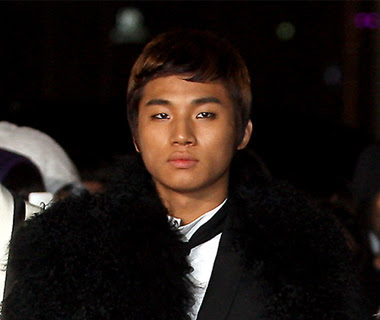 A representative from YG Entertainment said the family of Mr. Hyun and Daesung have reached an amicable settlement on July 19.
The amount paid by Daesung and YG Entertainment to the family was not disclosed.
After the settlement, the family of the victim was quoted as saying that they hope that Daesung would not be punished for the crime, adding that they feel sympathy for the singer.
The payment of the blood money came after the family complained that YG Entertainment’s first financial offer was too small and that the company was ignoring them.
The family said they wanted a reasonable and just financial settlement since it involved the death of their loved one.
With the payment of the blood money, Daesung has hurdled one obstacle that may help reduce his punishment in case he is found guilty.
Blood money is a legal option for an offender under the Korean legal system. With this, Daesung may receive minor and lesser punishment.
Fans of Big Bang welcomed the positive news and hoped that Daesung would be able to rejoin Big Bang soon.
Korean police tagged Daesung as the one who caused the death of the motorcyclist when the singer ran over him with his car on Yangwa Bridge in Seoul last May 31.
The police said Daesung was driving 70 to 80 km per hour, way beyond the 60 km per hour speed limit, when he hit Hyun who was lying on the ground due to an earlier accident.
Daesung's car even dragged the victim's body to about 22.8 meters, the police said.
The case is now with the prosecutors, who said that they will conduct their own investigation to know what really caused Hyun’s death. They said they will summon Daesung for questioning.
Daesung may be charged with speeding and homicide/manslaughter. Korean media said if convicted, he may face five years in prison and a hefty fine.
Link: http://www.mb.com.ph/articles/327509/big-bangs-daesung-pays-financial-compensation-dead-motorcyclists-family