MANILA, Philippines - Drama and K-pop stars came together at the Mnet’s 20’s Choice Awards held July 7 at the pool area of the Sheraton Walkerhill Hotel in Seoul. 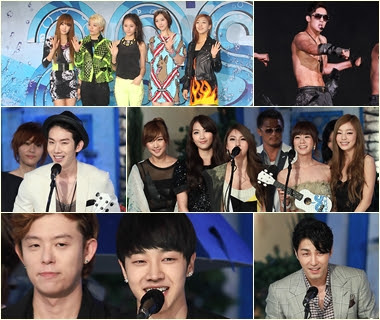