Rain to hold concerts in Korea before his military enlistment


MANILA, Philippines - Asian pop star Rain (비 aka 정지훈) will hold a series of concerts in Korea as a gift to his fans before he enters the military in November this year. 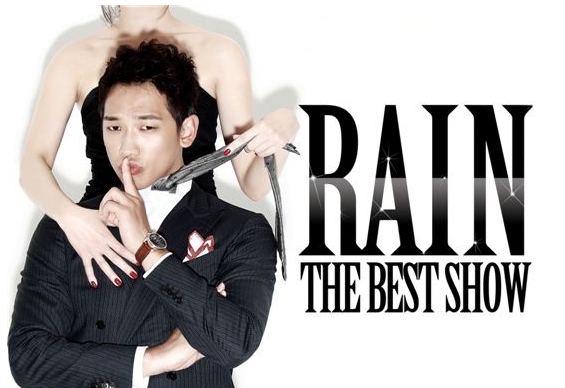 Called “2011 Rain Tour (The Best Show)”, the concert will kick off at Busan Exhibition and Convention Center in Busan on Aug. 13 and 14 followed by Daegu Exhibition and Convention Center in Daegu on Aug. 27.
Rain will then hold the concert on Sept. 3 at the Jeju Convention Center, and Sept .17 in Gwangju, Sept. 18 in Daejeon.
The concert finale will be held on Sept. 24 and 25 at the Seoul Olympic Park Stadium.
The Korean concerts come as he has just finished his Asia tour where he held concerts in China, Taiwan, Singapore, Japan, Malaysia, Thailand and Macao.
Rain was supposed to enlist in the military in September last year but requested the Military Manpower Administration for a postponement until this year due to his busy schedule and schooling.
During an interview with a Korean news program in April, Rain said he will enlist in the active duty. He said that after he is discharged from the military, he will make a movie in the US as a follow-up project to “Ninja Assassin."
Last June 25, Rain celebrated his 30th birthday.
Fans will miss Rain as he will be away for two years.  All Korean men are required to serve the military.
Rain, who won the readers’ choice in TIME’s poll for the 100 most influential people in the world in April, has been doing many projects before his enlistment.
Besides preparing for the concert tour, he has been filming the Korean movie “Flight: Close to the Sun."
Last year, he starred in the Korean action TV series “Fugitive: Plan B."
Original article: http://www.mb.com.ph/articles/325631/rain-hold-concerts-korea-his-military-enlistment