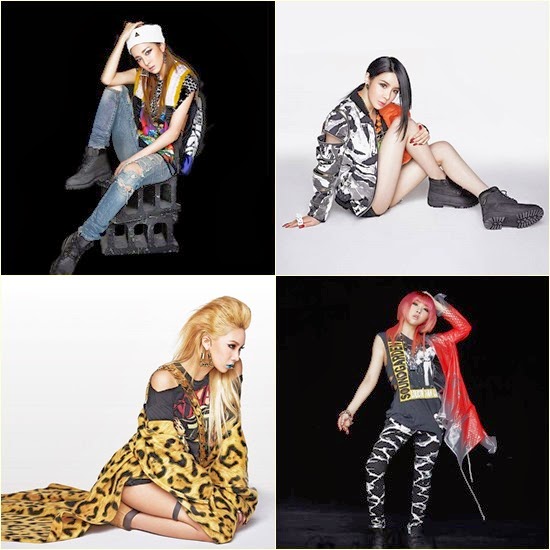 According to chart tracker Instiz, the song is No. 1 on Melon, Bugs, Olleh, Soribada, Naver, Daum, Cyworld, Monkey3 and Genie.
Eight other songs from the album are also on the top 10 of Naver’s real-time chart.
2NE1 also occupied the top nine slots on Olleh’s real-time chart.
The girl group will be starting their “All or Nothing” world tour on March 1 and 2 in Seoul.
At a press conference last week in Seoul, American concert director Travis Payne praised 2NE1 members.
“BOM is like a lovely fairy, while CL is a lovely hard-worker. MINZY is an amazing dancer who knows how to enjoy music,” said Payne, adding that Sandara Park is a “funky angel.”
He added, “The four combined makes them powerful musicians. I worked with many female groups in the past, but compared to others, all members of 2NE1 have the advantages to become artists.”
Payne previously worked with the late Michael Jackson and Big Bang’s G-Dragon.
“Crush” contains 10 tracks including, “Come Back Home,” “Gotta Be You,” “Crush,” “If I Were You,” “Good to You,” “Happy,” “Scream,” “Baby I Miss You,” and an acoustic version of “Come Back Home.” It will be released in music stores in Korea on March 7.


Link to my original article on Manila Bulletin online:
http://www.mb.com.ph/2ne1s-crush-achieves-all-kill-status/

To contact the author, send email to sangchusan(at)gmail.com
at 10:37 AM