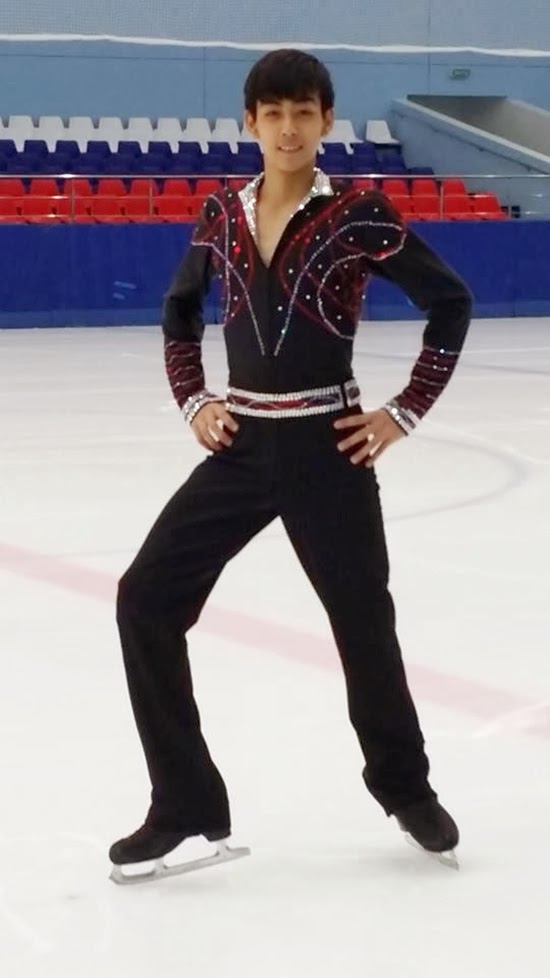 Martinez made history by becoming the first Filipino and Southeast Asian to compete in figure skating at the 2014 Winter Olympics in Sochi, Russia.
In addition, the Muntinlupa City government is planning give Martinez a hero’s welcome when he comes home.

Martinez, 17, finished 19th in the Winter Olympics’ Men’s Free Skating on February 14.
He qualified in the finals after scoring 64.81 points and placing 19th in the Top 24 in the Short Program.
In the Free Skating event, he scored 119.44 for a total score of 184.25 points.
Yuzuru Hanyu of Japan won the gold medal followed by Patrick Chan of Canada who took the silver, and Dennis Ten of Kazakhstan who won the bronze.
Martinez is a resident of Bayanan, Muntinlupa, and graduated high school last year from the Muntinlupa School for Child Development in the barangay.
His school principal, Elizabeth Carandang, described him as “very quiet, very friendly, sociable, and humble.”
Last December, Martinez personally received a certificate of recognition from Muntinlupa Mayor Jaime Fresnedi for being the country’s representative to the Winter Games.
Martinez met with the mayor before he flew to the US for his training.
“We are definitely proud of Michael Christian Martinez, first of all, for making every aspiring Filipino skater’s dream come true – to be in the Olympics,” said Fresnedi.
Link to my original article on Manila Bulletin online:
http://www.tempo.com.ph/2014/02/muntinlupa-gives-p100k-to-martinez/#.UwjMhfmSySp

To contact the author, send email to sangchusan(at)gmail.com
at 10:26 PM