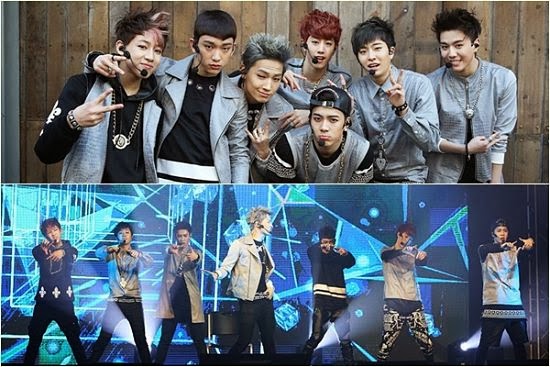 GOT7 is a seven-member boy band under JYP Entertainment, which also manages 2PM and 2AM.
The group, composed of JB, Jr, Youngjae and Yugyeom from South Korea, Jackson from Hong Kong, BamBam from Thailand and Mark from the US, released their debut mini-album “Got It?” on. Jan. 20. It promptly landed at No. 1 on Billboard’s World Albums charts.
The album contains five tracks including the title song “Girls Girls Girls,” which debuted on the Billboard K-pop Hot 100 chart at No. 52 last week. It is at No. 36 this week.
Billboard.com has included GOT7 as one of the top 5 K-pop artists to watch in 2014.
“The multiracial group proved to be a YouTube force to be reckoned with as the music video for their debut track, ‘Girls Girls Girls,’ amassed more than one million views two days after its release,” Billboard said.
It added, “GOT7 is aiming for global stardom with members speaking multiple languages (English, Korean, Chinese and Thai), martial arts-inspired choreography topped off by their catchy, accessible Southern hip-hop sound heard in ‘Girls Girls Girls.’”
Other K-Pop acts singled out on the list are Henry Lau of Super Junior M, WINNER, Beenzino and Ladies’ Code.

Link to my original article on Manila Bulletin online:
http://www.mb.com.ph/got7-tops-billboard-chart/

To contact the author, send email to sangchusan(at)gmail.com
at 10:35 PM

Email ThisBlogThis!Share to TwitterShare to FacebookShare to Pinterest
Labels: GOT7