MANILA, Philippines - Oricon chart has released the list of the Top 50 artists in the Japanese music market for the first half of 2011, based on singles, albums and DVD sales.

While the rankings are dominated by Japanese singers, six K-pop singers made it to the list, namely TVXQ, Big Bang, KARA, CNBlue, Girls Generation and Jang Geun Suk. 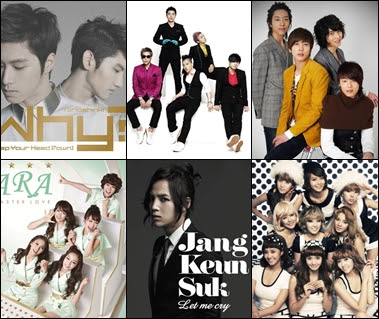