MANILA, Philippines - Girl group 2NE1 is creating a buzz in the K-pop music scene not only with their latest   single “I Am the Best” but also with their new fashion style. 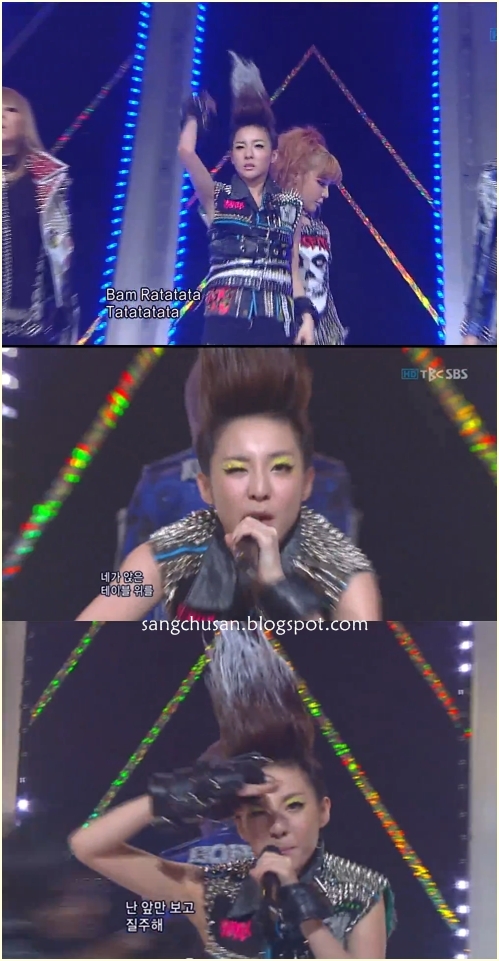 2NE1 first performed on SBS “Inkigayo” last June 26 and what particularly caught the fans’ attention was Sandara Park’s new hairstyle. Sandara’s new 'do is an anime-inspired hairstyle similar to Dragon Ball’s Vegeta character where her hair has been made to stand up.
It is reminiscent of the debut of 2NE1 back in 2009. When 2NE1 started promoting “Fire” on TV music programs, Sandara sported a palm tree-like hairstyle.
On her me2day account, Sandara playfully wrote on June 27 that she is now “Daragonball” because of her hairdo.
“Yesterday I met Chundoong at Inkigayo! But, when I came home and watched our first performance I was worried! I always wanted to be the "pretty" noona to him but my appearance yesterday was? "Dara"gonball... Doodoong! So I asked him! "Did I...look humiliating?" And Doongie said "Nope!" while smiling at me! As expected my younger brother!!!! He's so nice!” Sandara posted according to a translation by fan site YGladies.com.
2NE1 released the music video of “I Am the Best” today on YouTube and it immediately garnered honors including the No. 3 Top Favorited video in the music category, No. 2 Top Favorited and No. 2 Top Rated video in South Korea.
“I Am the Best” is also topping music charts. Instiz, a music ranking site in South Korea, declared the song as a “perfect all-kill” for achieving No. 1 on various music charts including Dosirak, Cyworld and Mnet.
Original article: http://www.mb.com.ph/articles/324548/sandara-park-creates-buzz-with-anime-hairstyle-2ne1s-comeback