Three Korean stars convicted for their marijuana use and gambling 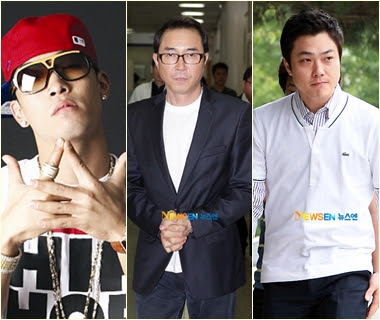 Last December, the rapper was charged for using marijuana while he was in the United States.
The police said Crown J smoked marijuana in his home in Atlanta, Georgia between May 2009 to October 2010.
Crown J was born in South Korea and had been living mostly in the US. He became famous when he was cast in the Korean reality TV show “We Got Married” in 2008. He has three albums: “One & Only,” “Miss Me” and “Fly Boy” in addition to his singles.
On the other hand, veteran actor Park Yong Ki was also convicted for smoking marijuana.
He was sentenced to eight months in prison and two years probation and was ordered to complete 120 hours of community service and pay a fine.
The 49-year-old actor appeared in the Korean action-romance series “Athena: Goddess of War” last year. He was also in the cast of such dramas as “Running” and “Daring Women” last year, “IRIS” in 2009, “Strongest Chil Woo” in 2008, and “Princess Lulu” in 2005.
Meanwhile, the Seoul Central District Court also convicted 34-year-old Lee Sung-jin, member of K-pop group NRG, of fraud and gambling charges.
He was sentenced to one year and six months in prison for failing to pay gambling debts in the Philippines and Macau amounting to 240 million won (P9.6 million). He was also convicted for failing to pay loans.
Original article: http://www.mb.com.ph/articles/322064/three-korean-stars-convicted-their-marijuana-use-and-gambling