MANILA, Philippines – Following the declaration of the Seoul Yeong Deung Po Police last June 24 that tagged Big Bang member Daesung as the suspect in the death of a motorcyclist that her ran over with his car last May 31, thousands of fans are asking what will happen to the K-pop idol. 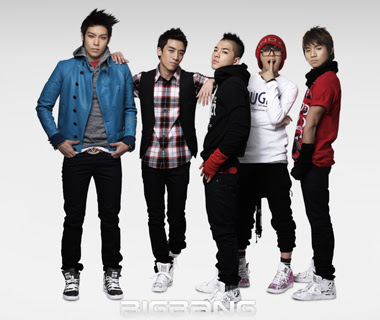 Daesung has been indicted without detention. The case is now with Korean prosecutors who will determine what laws have been violated and what charges will be filed against the singer.
Korean media said that Daesung is facing up to five years in prison and a fine of 20 million won (about P803,000).
Bulletin Entertainment sought the opinion of an American lawyer in Seoul regarding Daesung’s case and he says that the singer may end up getting minor and lesser punishment.
Lawyer Michael Sawyer, who works at the Department of Law at Hongik University in Seoul, South Korea, said if the incident happened in the US, Daesung would probably be charged with two crimes: speeding (a less serious crime) and criminally negligent homicide/manslaughter.
The Korean police and the National Forensic Service investigations showed that the victim, Hyun, who was lying on the road after his motorcycle hit a lamppost, died after Daesung’s car ran over him. It was also shown that Daesung was speeding, driving at 70 to 80 km per hour, beyond the limit of 60 km per hour.
Sawyer, who is a practicing attorney in the US and not in South Korea, said criminally negligent homicide/manslaughter can be either a misdemeanor or a felony, depending on the circumstances and state law (if the crime occurred in the US).
He said in the US, there would be at least two legal issues. The first is whether Daesung’s careless inattention/negligence to keep a clear lookout onto the road in front of his car contributed to the accident.
The second is if his speeding contributed to the accident, Sawyer said. The Korean police said the victim’s body was dragged by Daesung’s car to about 22.8 meters.
He said Daesung’s stature and lack of a prior criminal record will work to his advantage.
“However, perhaps in part due to his fame and lack of a prior criminal record, I suspect that he will walk, perhaps with some minor/lesser conviction on his record,” Sawyer said.
In addition, the payment of “blood money” to the family of the victim may reduce Daesung’s punishment, Sawyer said.
The offer of “blood money,” often brokered by the police, is recognized by the Korean legal system to reduce the punishment of an offender.  The mere offering of “blood money” is seen by the legal system as a sign of remorse and can reduce one’s sentence.
“There would probably be a similar result in the USA less the blood money,” Sawyer said.
Other circumstances may work on Daesung’s favor. After the accident, Daesung did not flee the crime scene and cooperated with the police by going to the police station to give his statement. He also passed a breathalyzer test that declared that he was not under the influence when the car accident happened.
Due to the accident, Daesung will not be participating in any activity until the end of the year, YG Entertainment announced.
Original article: http://www.mb.com.ph/articles/324446/lawyer-daesung-may-receive-minor-lesser-conviction-motorcyclist-s-death
at 10:57 PM