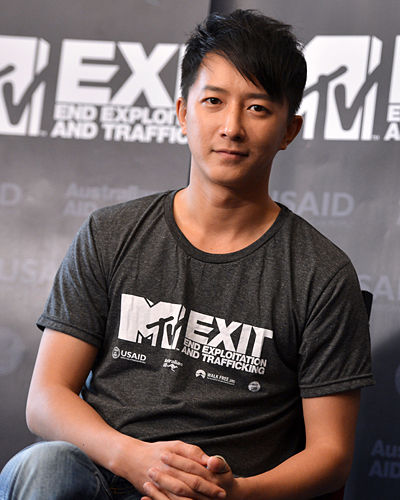 Produced by MTV EXIT, the documentary is hosted by Hangeng and it tells the stories of people who were victims of human trafficking trade in China and the Asian region.
MTV EXIT said these include Xiao Xiang, a young Chinese boy abducted for illegal domestic adoption; Kyi Kyi, a woman from Myanmar trafficked to China for forced marriage; and Thien, a young girl from Vietnam trafficked to China as a forced sex worker.
Hangeng urged his fans to watch the documentary and help in raising awareness about human trafficking in China.
“Human trafficking and exploitation are happening all around us. That’s why I am proud to be a part of MTV EXIT’s ‘Human Traffic: China.’ I call on my fans to watch this documentary and spread the word about human trafficking in China so we can help protect our friends, families and communities from falling into the trap. Together, we can end it,” he said.
In making the documentary, MTV EXIT said it worked with anti-trafficking agencies in China.
“Our goal is to educate young people on this critical social issue, and encourage audiences to take action if they suspect human trafficking is happening in their communities,” said Matt Love, MTV EXIT director.
The documentary was streamed on China’s online portals Tudou and Sina Weibo. Exclusive clips from the documentary will also be aired on TLC, MTV China’s program.
Hangeng was cast in the Hollywood film “Transformers: Age of Extinction,” which is the fourth installment of the “Transformers” franchise.
It was also announced that he has been cast as one of the male leads in the Chinese-French film “Seeking McCartney,” which is about friendship between Yi Li, played by Hangeng, and Rohmer, played by French actor Jeremie Elkaim.
Hangeng has also been successful with his singing career. He won the Favorite Asian Act at Nickelodeon’s 26th Annual Kids Choice Awards this year.
He also bagged the Most Popular Mainland Male Singer at the CCTV MTV Mandarin Music Honours in 2012 and the Top Worldwide Act at last year’s MTV European Music Awards.
“Human Traffic: China” was produced with the support from the China Ministry of Public Security (MPS) and the United Nations Inter Agency Project on Human Trafficking (UNIAP) and in partnership with the United States Agency for International Development (USAID), the Australian Agency for International Development (AusAID), Walk Free and the Association of Southeast Asian Nations (ASEAN).